Clapham Old Town and Clapham Common tube station areas have been undergoing a major regeneration to create a new open space for all to enjoy, in a scheme costing £2.6 million. 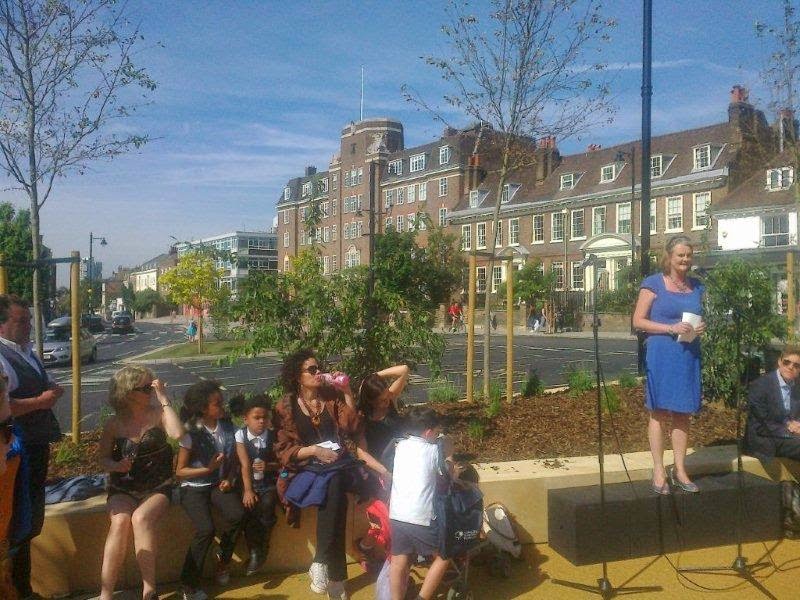 The cycle parking was full to over-flowing 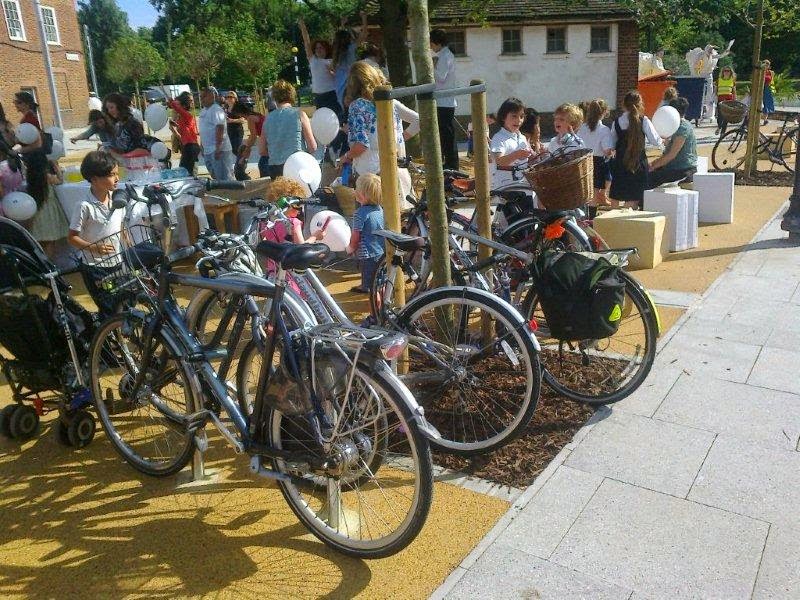 and hundreds of people were present, enjoying entertainment and refreshments as well as the speeches 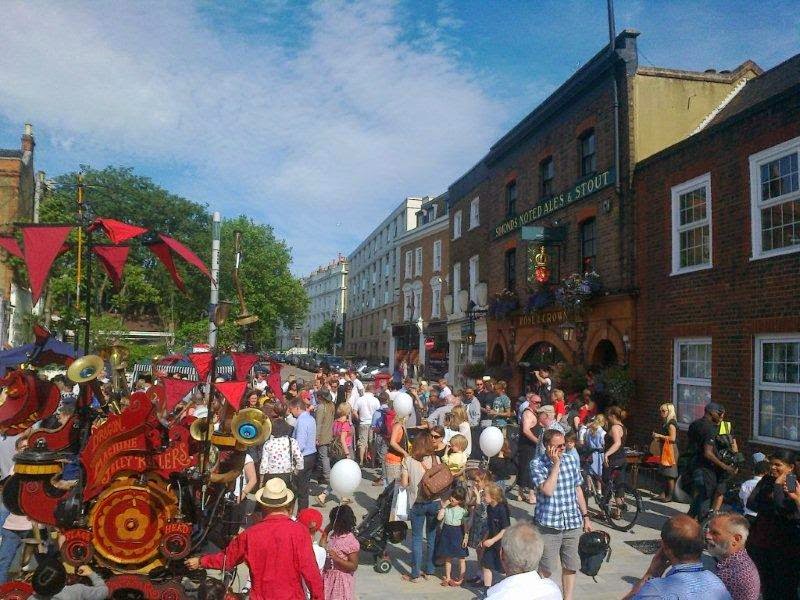 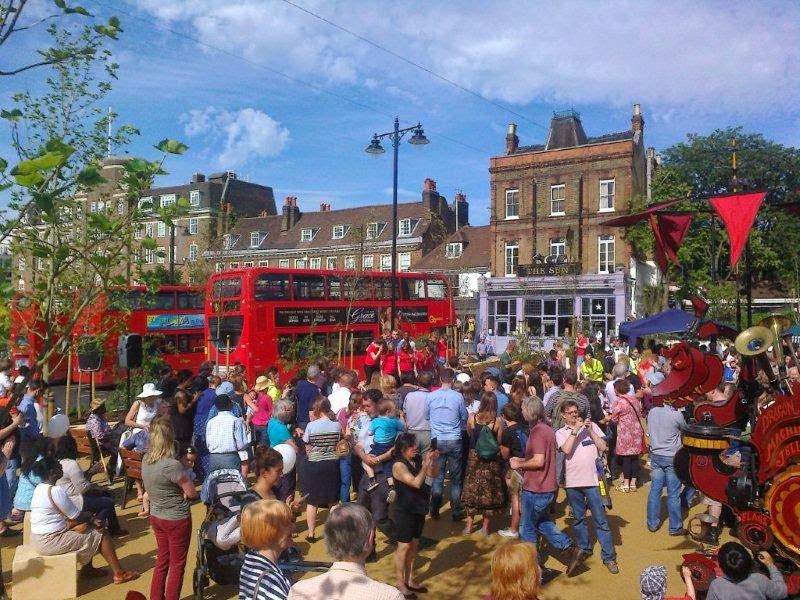 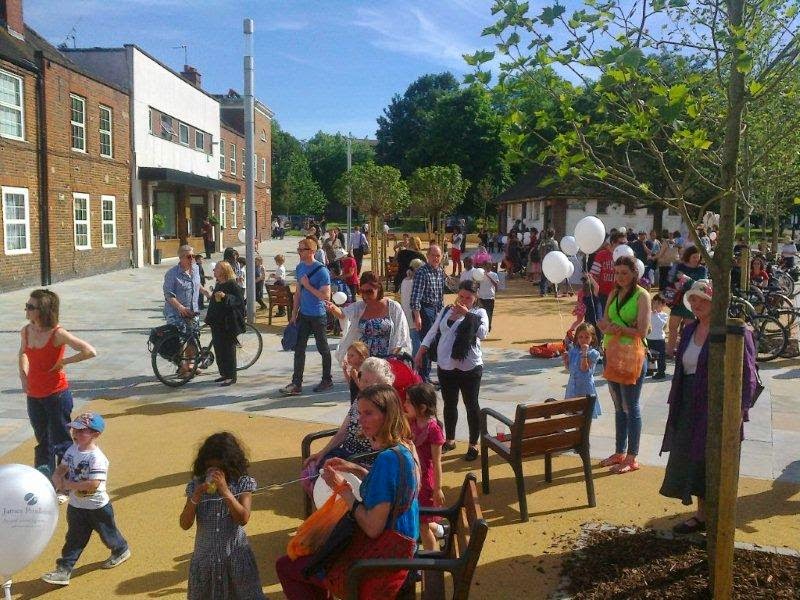 and there was a queue for the Dr Bike 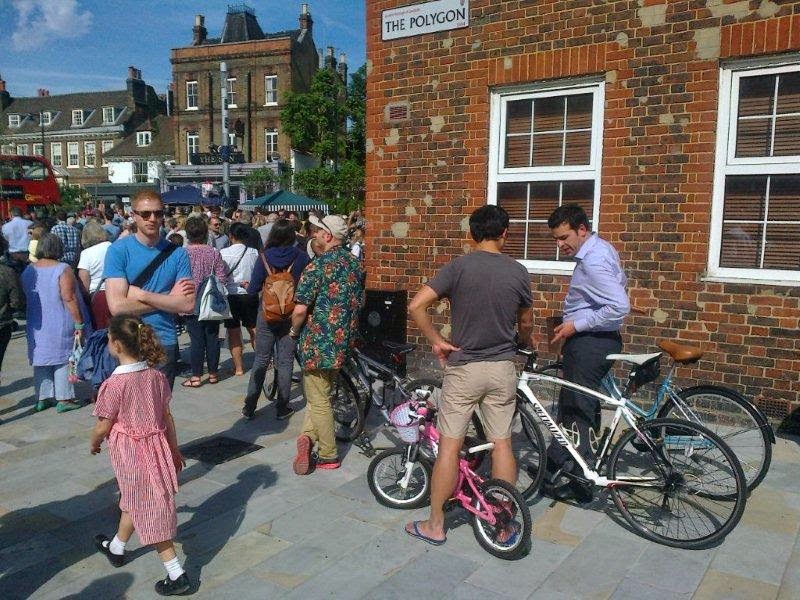 It was good to talk with several of the newly elected Councillors who are biting at the bit to improve cycling in the borough. I also spoke with one of the speech makers, Ben Plowden who is a local resident and TfL's Director of Planning, Surface Transport.

All agreed that, while it is fair to launch it, the scheme isn't yet finished and needs to become more cycle friendly.

This was apparent by the temporary structure (before a more permanent one) cutting down the amount of traffic that had been rat-running through the scheme. 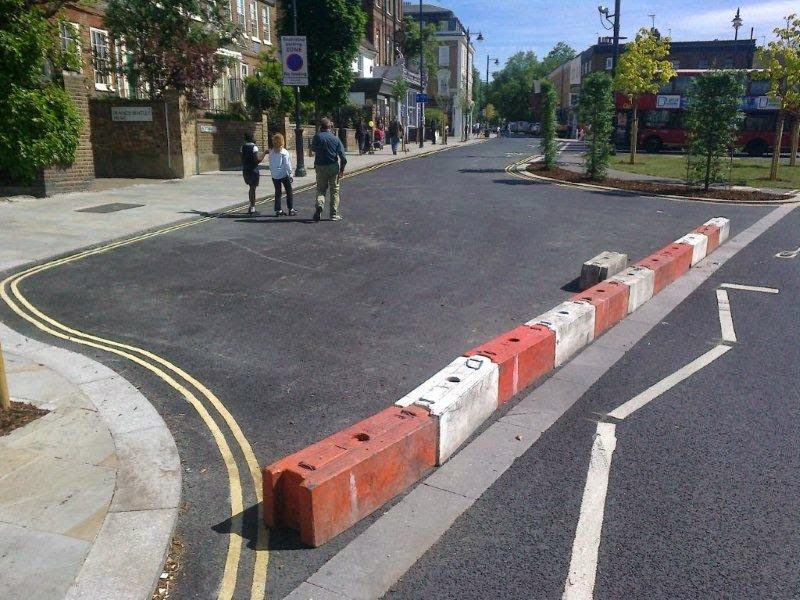 The inclusion of a cycling route to permit east-west cycling (in some measure as TfL have, to date, refused to permit a much desired crossing from Clapham Park Road) was a late addition to the scheme, following criticism from Lambeth Cyclists of its omission.

Lambeth deserve a lot of credit in the first place for a scheme which, overall, is a vast improvement on what existed before, and secondly, for adapting their scheme to include cycling measures at a late stage in the process.

However more needs to be done here rapidly given the new Labour administration's intention that Lambeth becomes London's most cycle friendly borough. I took a school group on their bikes along The Pavement contra-flow today and, suffice to say, they didn't enjoy it.