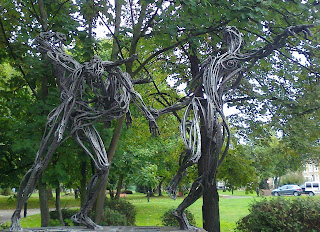 All are welcome on this free family-friendly Lambeth Cyclists Neighbourhood Ride on Sunday afternoon, 28th October, taking a couple of hours to gently explore Brixton and its neighbouring area.

The ride, which will mainly be on quiet streets, starts at 2pm, with a free bike check just beforehand, in Max Roach Park (named after the jazz drummer) on the corner of Brixton Road and St John's Crescent, SW9. 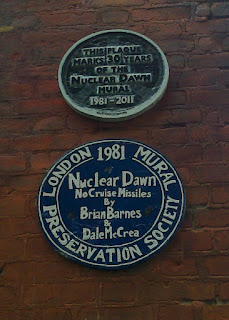 We're meeting just by the moving. if impossible to photograph, statue 'First Child' by Raymond Watson.

If you email to say you're coming before Wednesday 24th October you'll definitely get a free bag of goodies from Barclays (doesn't include a Barclays Bike) and free back-up lights from Lambeth Council.

To register just send an email headed Oct 28 with the names of those coming along to charlie@capitalrides.org.uk . It's fine also to just turn up on the day, but there's no guarantee you'll get the lights etc. (Also check out the Waterloo and Vauxhall Neighbourhood Ride the previous Sunday, October 21st).

On the ride we'll be passing some of Brixton's fantastic and long-lasting murals, such as the 1981 'Nuclear Dawn'. 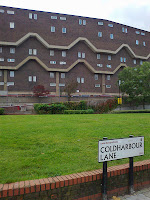 and following a little of the inner London motorway that was planned in the 1960s to roar through Brixton, resulting in the Barrier Block being built.

We'll also pay tribute to the Effra river (and its tributaries) which, before it was covered over, was practically navigable by boat from Brixton to the Thames at Vauxhall. 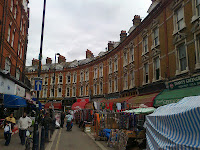 We're going to rock down to 'Electric Avenue' (as Eddy Grant sang), the first shopping street to be lit by electricity. 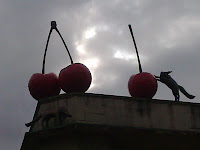 and we'll be checking out various embellishments to the buildings 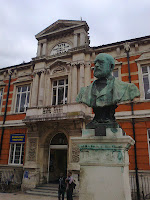 before passing Brixton Tate Library, with the bust outside of Sir Henry Tate - sugar magnate, philanthropist and Streatham resident. 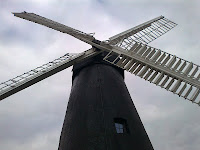 We'll gradually work our way up to the last remaining windmill in inner London (there were twelve in Lambeth alone). 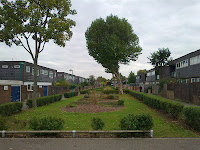 before heading across Blenheim Gardens (not the ones attached to Blenheim Palace, the monumental stately home in Oxfordshire) 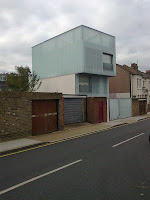 and down to two recently built houses, the exquisite Tree House and it's neighbour, the rather more imposing house featured in September's 'Grand Designs' C4 programme.

We'll then be passing by the house where David Bowie, the face of the ten pound note (Brixton),  lived until he was six

The ride will end back at Max Roach Park at 4pm.


Barclays are proud to support “Lambeth by Bike” as it allows residents to explore their local area and gain confidence riding on the road. Riders of all ages are welcome on the rides, but under 16s must be accompanied by an adult.
Posted by Charlie Holland at 16:24