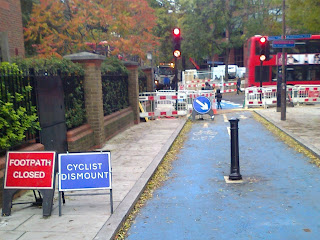 Half a cycle lane is better than no cycle lane, so why dismount? Cycled over London Road to the next bit of segregated facility, but that was blocked by a cab 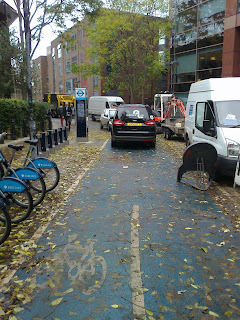 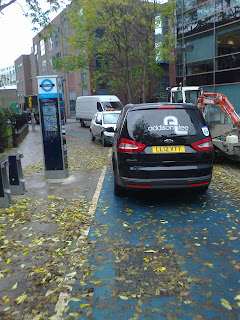 and a van I suspect belonged to the roadworks crew. 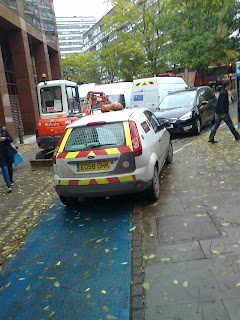 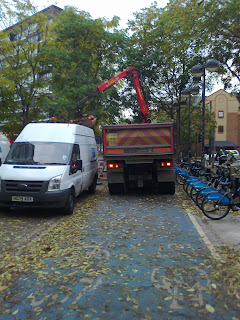 Blocking the cycle route because the other side of the site was blocked by the Contractor's other vans, which had been parked there all day for, I'll wager, no good reason. 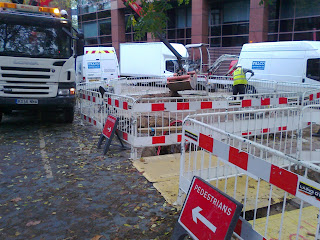 Posted by Charlie Holland at 18:09