Waterloo Station through the ages

While I was researching the ride I led for Lambeth Cyclists last week, "Tick Tock, Ding Dong, Keep Calm and Carillon", I found a great blog post showing paintings from one spot over the years - see it for the interesting full details but I've 'borrowed' the photos of the paintings to show here, because 15 cyclists met me under the clock on a chilly February Saturday for the 6 1/2 hour ride and I thought I'd take a snapshot from a vaguely similar perspective to keep the sequence up to date.From the most recent to the oldest: 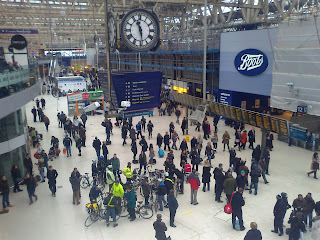 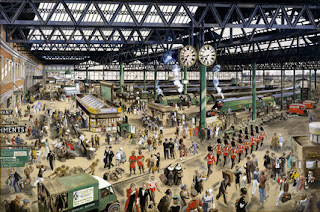 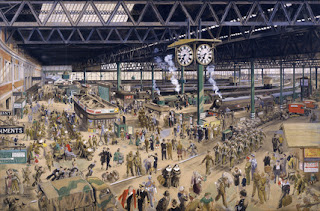 The ride itself went like clockwork (almost). On the downside we didn't hear 'Oranges and Lemons say the Bells at St Clement's' because the bell-ringers were having a full peal rehearsal. On the upside we heard the Atkinson Carillon (below), the only Carillon in London that a musician can play, which I wasn't expecting as it isn't normally played until after Easter. 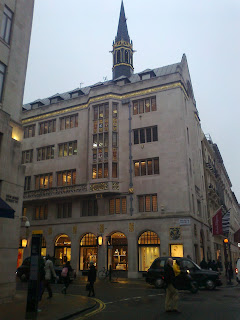 Other highlights for me, neither of which I'd popped into prior to the ride, were the Clockmaker's  Museum in the City of London and the clock rooms in the British Museum. Amazingly brilliant work in both of them and I'll be back for a longer look..
Posted by Charlie Holland at 23:59