Great local sights while cycling - no.2 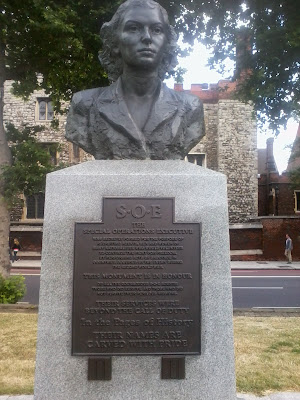 On the Albert Embankment is a fine memorial to the courageous Special Operations Executive agents of the second world war. The SOE was secretly formed for the purpose of recruiting agents, men and women of many nationalities who would volunteer to continue the fight for freedom, by committing acts of sabotage in countries occupied by the enemy.

It may be time for a similar organisation to battle for freedom against the tyranny of the South Bank Employers Group. Their draft Cycling Strategy says, "The River Walk is not a designated cycle route and private landowners in the study area recommend that a ban on cycling in this location be enforced. Although it is technically illegal to cycle on the River Walk....."

The SBEG want to force cyclists to be on the road and enjoy this view of the memorial instead. 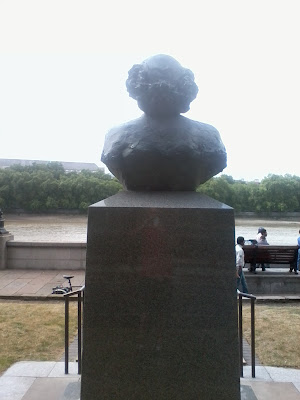 But look, here's an underground photo taken by the Resistance below Westminster Bridge where it is "technically illegal to cycle" - Good grief, sabotage seems to have started already with markings installed to indicate where cyclists and pedestrians should be in the tunnel. Cunningly they appear to have been aged to look as though they've been there for years. 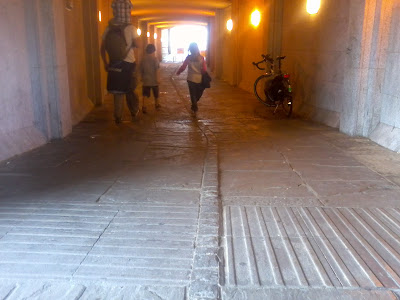 It is of course reassuring to know that "A number of options were discussed that assessed the various options available to landowners, with the safety and security of pedestrians on the River Walk as the paramount consideration."

The purveyors of tat, sorry, employers, have decided that The River Walk is clearly too narrow for cyclists and pedestrians and there is no alternative solution but to ban one or the other. Look how narrow it is here: 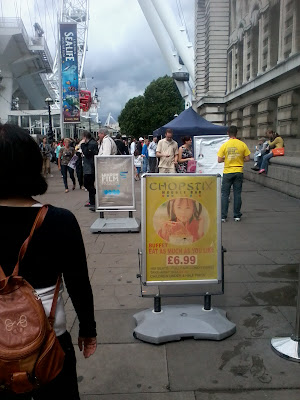 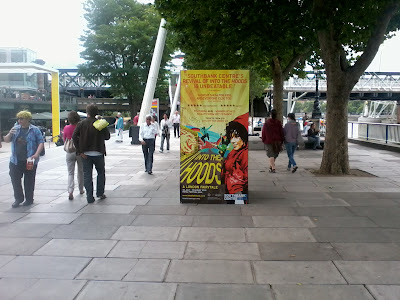 It's narrow here too, no room for cyclists at all: 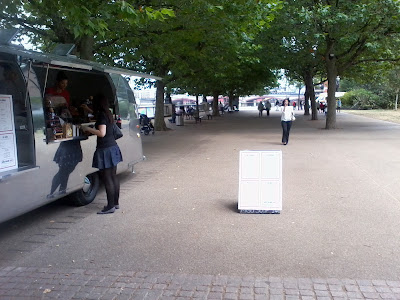 While outside Gabriel's Wharf it's a real pinch-point: 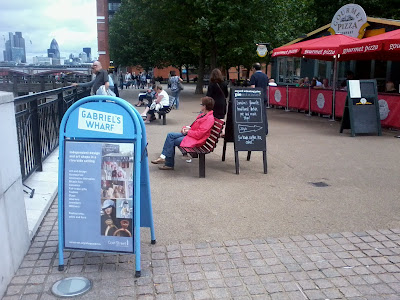 Here's a point of real concern: 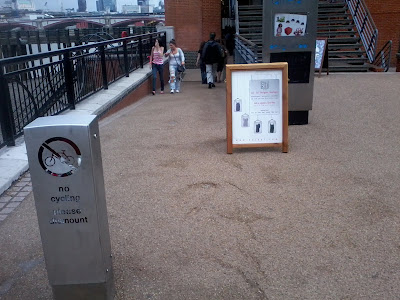 May the reborn SOE descend, throw these obstructions into the recycling bins and ban those responsible from the River Walk forever.
Posted by Charlie Holland at 22:11