Don't trust the car industry or the press

What would be more ridiculous than spraying yourself in paint before going for a walk or a ride - such abnormal behaviour would be without doubt the sign of a failed safety system.

Car manufacturers however want to sell cars; people choosing to walk or cycle reduces their sales, and Volvo has produced just that product - LifePaint - and is strongly promoting it to tie in with the clock change and fewer daylight hours. Volvo is selling the reflective paint through their car dealers with a supporting press campaign that makes big play of how many people are injured cycling.

The campaign shrieks the number of people injured while cycling in a year in the UK - over 19,000 - but doesn't balance this alarming figure with the government figures that give the wider context:

Maybe cycling isn't so bad after all. But today's Swindon Advertiser puff piece for their local Volvo dealer, Johnson's Cars, and the paint takes scary statistics to another level:


LifePaint washes off and will not damage the colour or surface of material, and lasts more than a month during normal usage.
In 2013, 743 cyclists were killed on the roads and an estimated 48,000 were injured in accidents.
Matthew Coles, the general manager at Johnsons of Swindon, said: “On top of raising awareness about the number of cycling-related injuries happening on Swindon roads, Johnsons of Swindon realises that being environmentally friendly is more important than ever.”

Look at that clever 'raising awareness about the number of cycling-related injuries' - that'll make sure mum won't let her kids cycle to school and won't dream of cycling herself. Much safer to be in her metal box running over other kids she can't see using her headlights while zipping along, all because the stupid brats aren't sprayed in paint or fed Ready Brek. 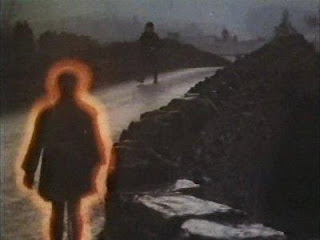 Whoa now, hang on though - how has 19,000 injured now become 48,000. A previously invisible 29,000 injured cyclists have just come into sight? 743 killed! That's a shocking figure, especially compared with the government's figure of 109.

Has Volvo been spraying LifePaint over the government report to reveal a hitherto unseen layer of injured people? Volvo have got the magical ability to produce people out of thin air as Nikki Rooke, the head of corporate communications, events and sponsorship for Volvo Cars UK, explains in the article: “It’s about making the invisible, visible.”

Without spraying any LifePaint around, I can shine a headlight on the truth. Volvo, their dealership or the Swindon Advertiser decided to use the American statistics for 2013 in this PR guff.

Don't trust the car industry or the press.