Why London should be the most fantastic cycling city


This afternoon I cycled through central London towards the Euston Road near Warren Street. My destination was suitably hidden in a warren of back streets but visible from quite a distance. 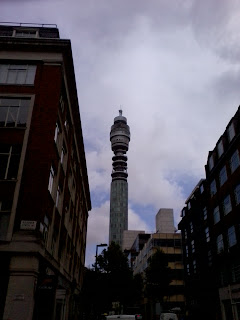 I'd grabbed a rare opportunity, thanks to and in support of the Ellen MacArthur Cancer Trust, to visit the BT Tower, which since 1981 has been 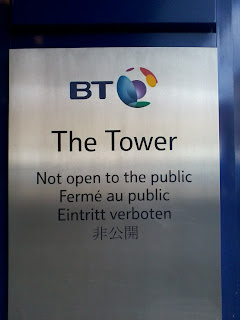 From 1966 until 1980 there was a revolving restaurant at the 34th floor, which is rapidly reached by lift. 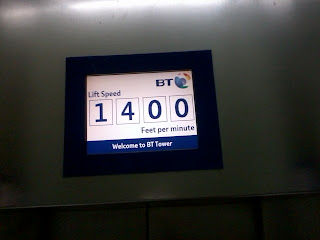 The room is still used for corporate events by BT and pleasingly still revolves. 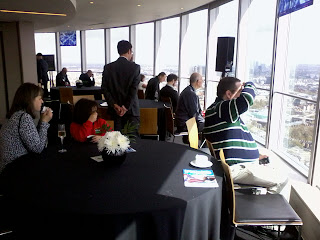 Anyway, the cycling point I wanted to make, to justify bragging blogging about going up the BT Tower, is that most of London is really FLAT and it's stuffed full of AMAZING places to visit.that are easily reached by bike. Places like the British Museum (centre left),  the Shard (as of next February), and the London Eye. 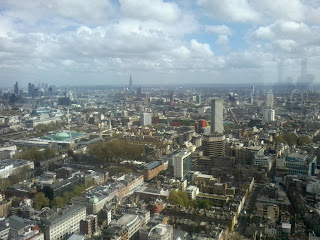 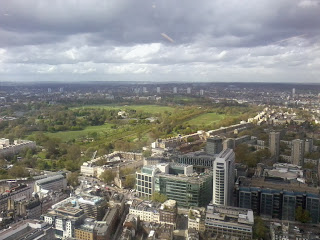 and Hyde Park, top left (taken into the sun) 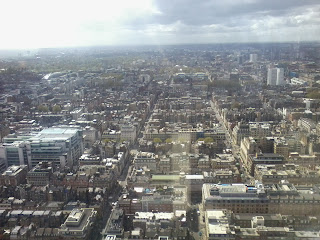 Given the flat terrain it's shocking that London's authorities aren't working flat out to make London as cycle friendly as it can be. So please put the pressure on: Take the time to join London Cycling Campaign's 'Love London, Go Dutch' Big Ride this Saturday, which has great sights to see en-route, and make sure you vote for a Mayoral candidate who will deliver much better conditions for those who would like to let their teenagers ride into central London but currently daren't.

And, finally, if you're at the base of the BT Tower, don't miss the Banksy just by it 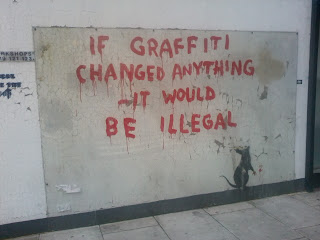 Posted by Charlie Holland at 21:45