We had a small Pedal Power Kennington ride today with four pupils (three regulars, one new). We cycled over Waterloo Bridge to Covent Garden, for the Apple store, market and street entertainers. Then over to the law courts and chambers (unfortunately Ede and Ravenscroft were shut so we couldn't ask to try on a judge's wig). Returning via Blackfriars Bridge, one moment we were hemmed in by taxis, cars and vans, the next we were a small group amidst the thousand plus cyclists attending the LCC Flashride. The children were gobsmacked. I suspect there'll be more attending the next ride! 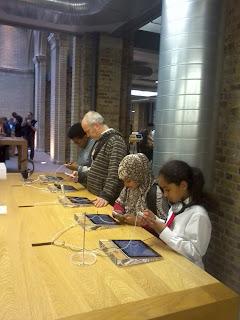 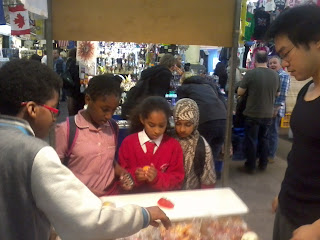 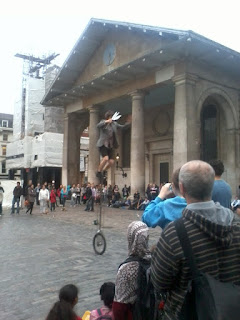 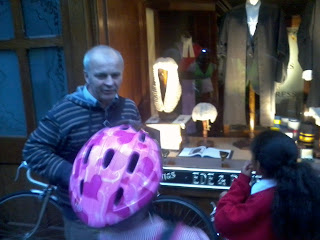 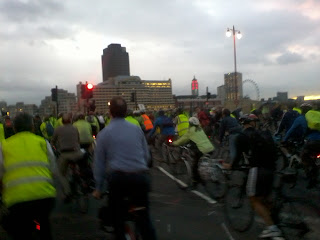 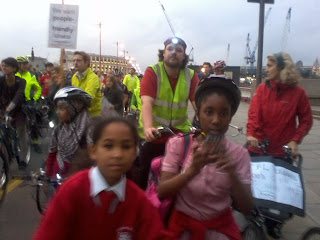 Posted by Charlie Holland at 23:00

Reading about you in NZ...good on you!
Nicky

Ah excellent. Spotted you guys on the flash ride and was wondering who/what the group was.
Found your blog via comment made on 'Cyclist in the City' blog.