On July 8th Lambeth's Cabinet vote on a potentially momentous document  - their Lambeth Cycling Strategy (PDF). The more you do to tell your local Ward Councillors that you'd like them to back it, and tell the Cabinet members that you'd like to back it, the more likely it is to go through. This is the time to email or tweet them - and feel free to contact our Cabinet too if you live outside Lambeth and want a benchmark to be set for your council to emulate.

For once a cycling strategy is proposed by a local borough that is not some mealy-mouthed back-burner type of document. This is one that inspires change, a future where citizens of all ages, genders and backgrounds in Lambeth can move around streets without fear of being knocked down by motor vehicles weighing ten, twenty or more times what a person weighs. This strategy responds to a truly egalitarian vision that recognises the value to residents of making Lambeth a fantastic place for all to cycle around.

The vision is that "Lambeth will be the most cycle-friendly borough in London, where 8 – 80 year olds feel safe enough to cycle."

One great thing about the strategy is that there is some real understanding of what that means. Like, for example:
Aim 7: Increase the number of children cycling and make cycling to school the norm.

This is what happens in the Netherlands, and it needs to happen here.

Lambeth would appear, in the form of Council Leader Lib Peck and Cabinet Members Pete Robbins and Imogen Walker, supported by other Councillors such as Nigel Haselden, to have the desire to make real change happen.

And they are likely to do this fully aware that big changes to our road culture and layout will be needed.
Aim 4: Reduce through traffic on residential streets where appropriate

I don't know about you, but I can't wait for the day when the children from Archbishop Sumnner, Walnut Tree Walk, Johanna, Vauxhall, London Nautical, Lilian Baylis and all the other local schools are cycling around without fear of motor vehicles, along with their mums and grannies, grandads and dads, brothers and sisters.

Bring it on, Lambeth!

Posted by Charlie Holland at 21:20

Cycling in Erith today I was delighted by the abundance of signage and the clarity of the message . 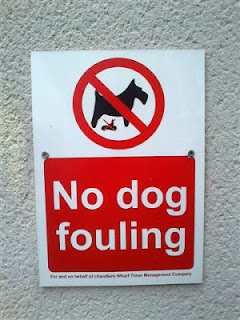 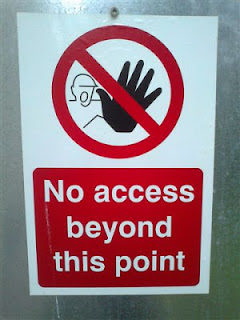 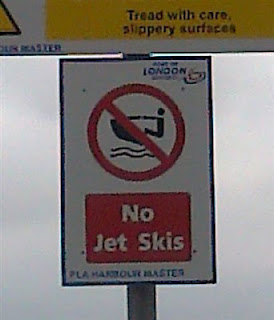 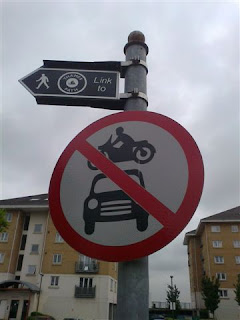 The following signs send a very clear message too:

The council have provided a cycle path you can use 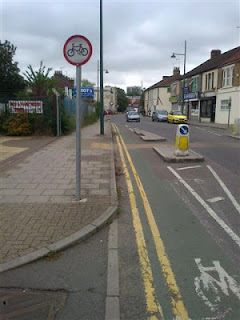 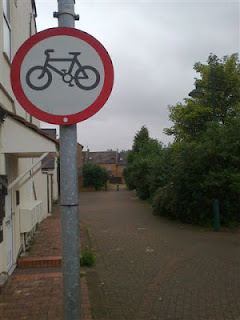 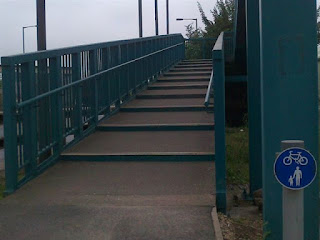 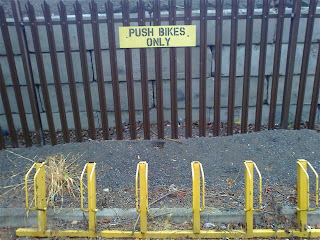 Posted by Charlie Holland at 19:27

I've been meaning to write this post for months, since I started using the almost splendid off-road link that Camden built, following lots of persuasion by Camden Cyclists, between Agar Grove and Camley Street: 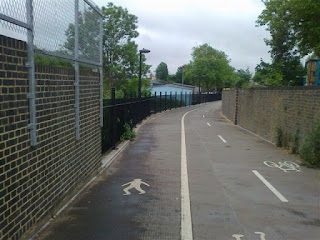 Wide cycle paths each way, separate pedestrian path, no motor vehicles. Splendid, but at each end you're faced with these almost impassable chicanes. Surely a couple of bollards would have sufficed? In the meantime could someone please take an angle grinder to at least a couple of fencing sections at each end. 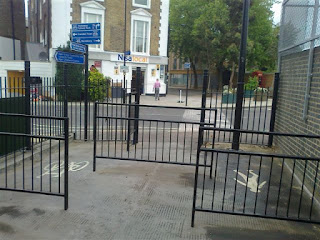 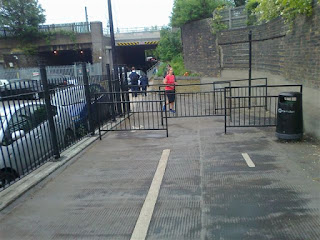 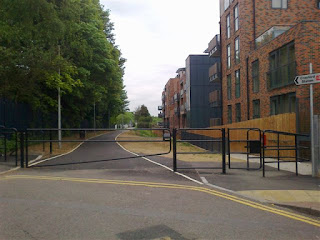 I can't see the Dutch doing this and wonder why the local planners or highway engineers countenanced such a stupid thing here. Angle grinder please. 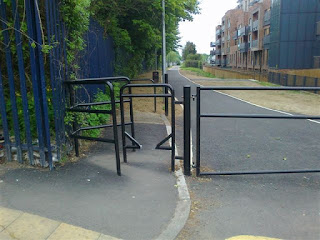 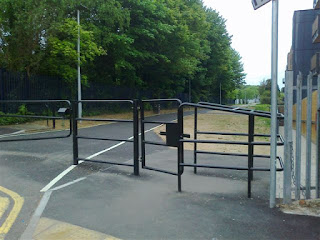 I was reminded of the gate above today when I used the segregated cycle path that runs alongside the unforgiving A1055 Watermead Way towards the Tottenham Hale gyratory, but first I negotiated this obstacle that needs the attention of an angle grinder 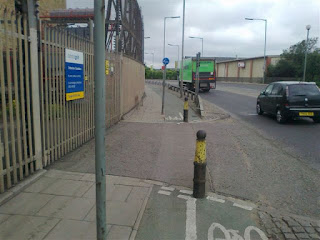 Anyway, I reached the end of the segregated track and faced this obstacle: 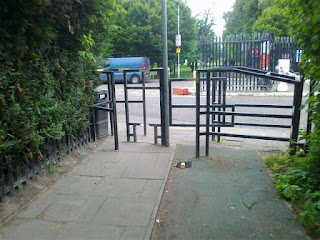 and discovered that my handlebars were too high to fit through the cycle bit. I tried every which way to get out and in the end had to call out to a passer by and ask her if she'd take the bicycle off me as I passed it over the ironwork and lower it to the ground. I won't be using that bit of segregated route again until someone with an angle grinder has visited 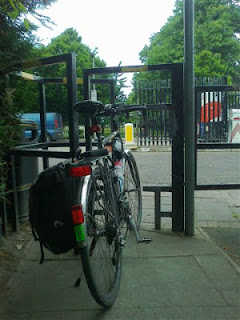 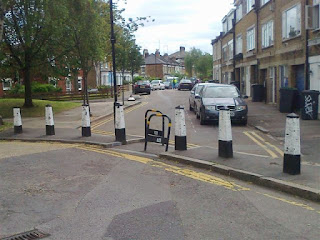 Then a bloke on a bike came past and I decided to take a photo of him weaving through the chicane, but he crashed into it, so that's off my route until someone's used an angle grinder 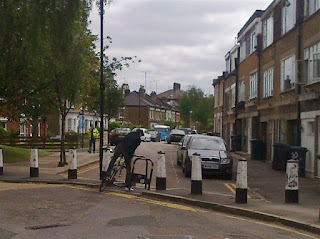 And, finally, good advice to 'lock the frame and both wheels to the stand' at Wood Green Shopping Centre 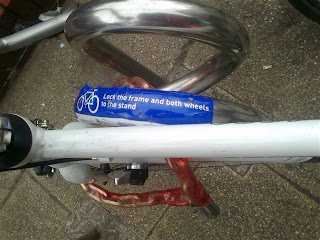 only with two D-locks you can't on these particular stands, so let's get these cut down too 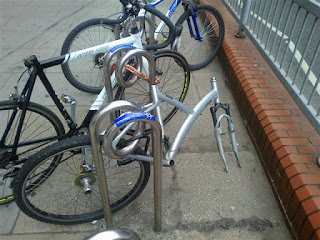 Postscript
Just after I posted this Anders Swanson tweeted the following photo he'd taken of a presentation by Ida Sabelis at this year's Velo-City conference. Wouldn't it be great if cycle facility engineers were required to use the images in the bottom half of the photo as the bike logos painted on the ground. That should stop them from installing such barking mad barriers as the examples above.

Posted by Charlie Holland at 21:17