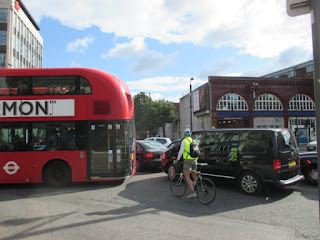 You only have until this Friday 31st to respond to Lambeth's consultation on plans to improve Westminster Bridge Road around Lambeth North station, and I urge you to do so if you can after skimming through this blog post.

Much of what is proposed is good in my opinion - making the railway bridges more appealing to walk through; a better junction between Lower Marsh and both Upper Marsh and Carlisle Lane. In particular the proposal to filter Hercules Road and stop it being a rat-run is good.

However I'm not convinced the proposal for the junction outside Lambeth North station, where Westminster Bridge Road meets Baylis Road and Kennington Road, is good enough.

Things to note include:
a) Baylis Road - Kennington Road - Hercules Road is currently LCN+3 and will be a Quietway - the plans need to work for near market cyclists such as secondary school pupils.
b) Westminster Bridge Road is likely to become more appealing to cyclists when the East-West Cycling Superhighway turns Parliament Square into a better place to cycle. TfL also have plans in development to improve Westminster Bridge and the 'unroundabout' at this end, most likely including segregated lanes/tracks. This plan needs to fit into that development. 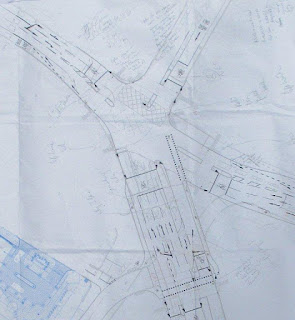 The intention is to retain Advanced Stop Lines but give cyclists setting off from Baylis Road or Kennington Road a five-second head start on motorised traffic. My principal concern is that this may leave cyclists at risk of being left-hooked if they are not starting at the ASL but instead are still approaching the junction. Those in the red circle should be fine, but what about those in the blue circle, especially if they are approaching in a new nearside cycle lane rather than where they are shown? Bear in mind that this a Quietway so, given Lambeth's 1 - 100 aspiration, it needs to be suitable for children as well as adults 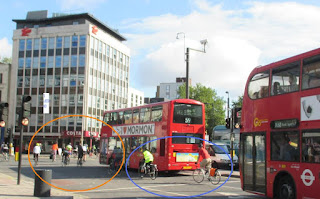 The plan under consultation retains two lanes of traffic setting off from the lights to go into one lane on the other side, so there will still be traffic jostling and beeping its way through the junction, making for a stressful and noisy place. 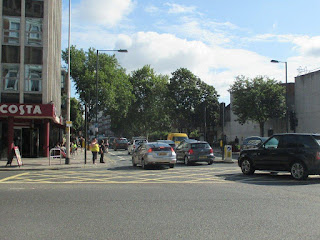 Wouldn't it be better to keep the cyclists in a lane to the side of the traffic and have one motor traffic lane going smoothly away from the lights into one lane on the other side? No need then for motor traffic to wait five seconds for some of the cyclists to set off, and there's no conflict with them. If there is an impact on junction capacity, it is worth asking why we should prioritise the handful of drivers in the largely otherwise empty cars above over the safe movement of adults and children walking or cycling, given that both Lambeth and the DfT place cars lower in the road user hierarchy. 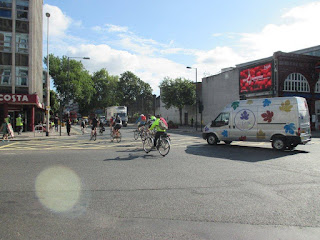 There are more advantages than quietness to pedestrians if one lane feeds into one lane. The woman here has started crossing on a pedestrian green light, trying to cross two lanes of vehicles that are jostling to get into one lane 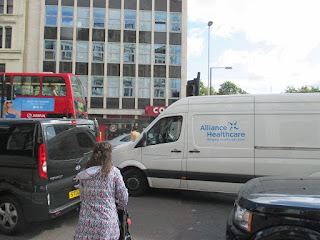 Half way across the Pedestrian Light has gone red and she's in a vulnerable position. 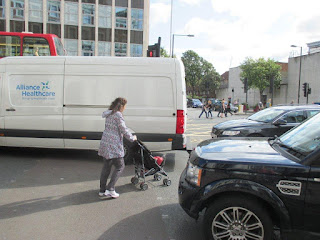 With one lane of motor traffic it would be far easier for her to get across, and she would be more likely to be able to influence a driver to wait short of the pedestrian crossing line (as the Range Rover driver has done).
Two lanes of traffic fighting to get into a single lane is a cause of the clogging up pictured here. 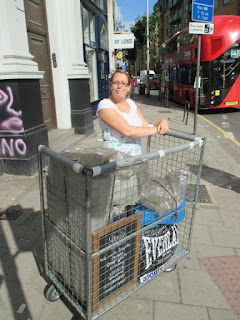 I had to wait through three phases of lights before I was able to walk across Westminster Bridge Road this morning shortly after 9am, and I chatted while I waited with this person who told me it can take her up to fifteen minutes to cross the road to make her delivery. 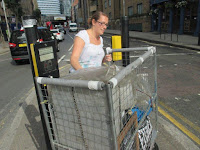 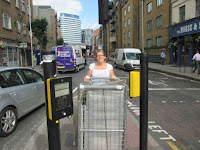 Is there a better way forward? How about something like this (with the proviso that the hatched space for islands is likely to need to be shuffled to suit traffic light placement): 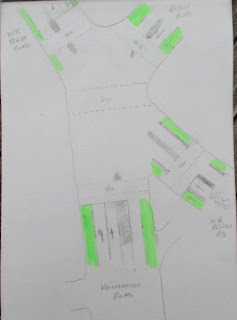 Cyclists set off from a 3-metre wide cycle lane in 18m wide Kennington Road towards Baylis Road at the same time as motor traffic going straight ahead to Baylis Road. Traffic wanting to turn left into Westminster Bridge Road is held. At the same time cyclists and motorists are setting off in their own lane (3m wide each) from Baylis Road to Kennington Road. There's plenty of pedestrian green time for pedestrians to cross the full width of Westminster Bridge Road (north and south of the junction) in one go,  rather than two at present.

It is now the time for Westminster Bridge Road traffic to go straight on, though cyclists heading south have to wait (limitations of a 1.5m lane due to restricted width and three motor traffic lanes). Pedestrians gain a green phase long enough for them to cross Kennington Road or Baylis Road in one go.

I've left in the central pedestrian crossing included in the consultation drawing. It requires traffic from all four directions to be held on red. I think that my plan, which includes a 'straight over in one' crossing over Kennington Road and Westminster Bridge Road both of which currently have a two-phase, staggered crossing, may mean that a central pedestrian crossing is not required. There's a significant gain in pedestrian crossing ease in my plan, alongside no risk of cyclists being left-hooked by motorists and child friendly junctions. If the planned all-red pedestrian phase is not needed that is to the benefit of motor traffic capacity.

Bus lanes remain in place, the bus gate on Kennington Road remains, and it may be worth adding as similar one of Westminster Bridge Road approaching the junction from the south. The provision of wide cycle lanes away from motor traffic is likely to encourage more people to cycle, in time reducing the need for so many buses (though without reducing the need for a regular and frequent bus service). It may also give confidence to some to switch to a less space intensive form of personal transport than the car. 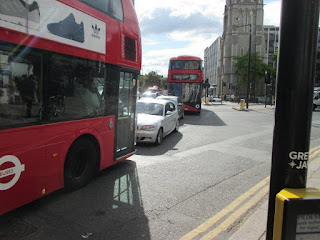 If you think a scheme such as I've outlined above makes sense to explore please say so on the online consultation form (and, I suggest, tick that you support the Hercules Road point closure and floating bus stops on Baylis Road) at www.wbrproject.co.uk this week. 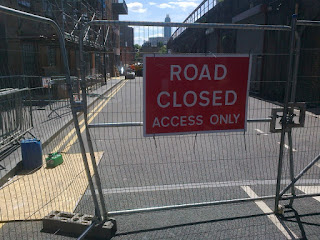 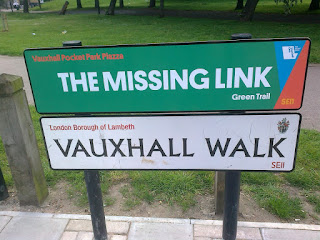 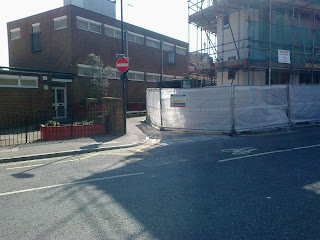 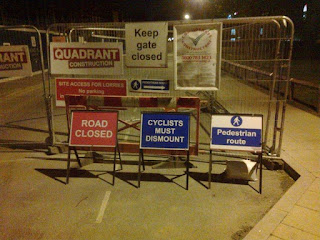