My London Marathon - of sewers, signage and other stuff 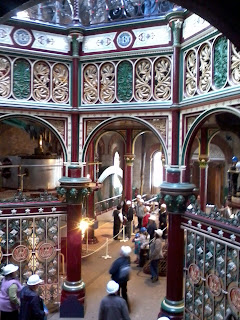 I set off this morning to meander the 13 or so miles east to Crossness Pumping Station which raised London's sewage, six tons at a time, to a height sufficient for it be put into the Thames at the end of Sir Joseph Bazalgette's Victorian sewer network. Crossness is open for just a handful of days this years and I can't recommend it highly enough. You'll have an advantage going later in the year in that you won't have to undertake a fair old detour to avoid the London Marathon which,  I hadn't realised, was also taking place today.

Here are some photos I took today of some of the things that entertained me on my marathon journey there and back, starting with this teasing sign near the Royal Artillery Barracks in Woolwich . 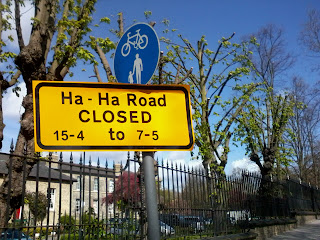 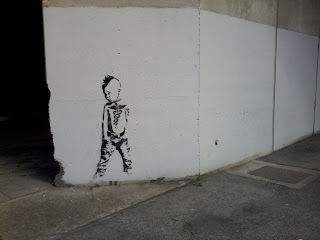 in a perfect location in Thamesmead near Crossness 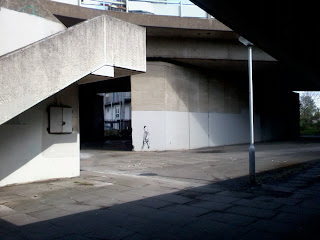 The exterior of Crossness Pumping Station 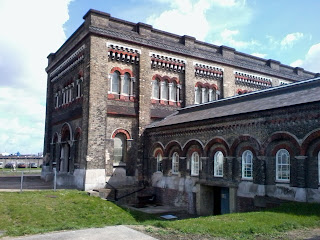 and the exquisite cast iron detail within 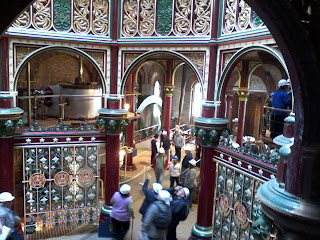 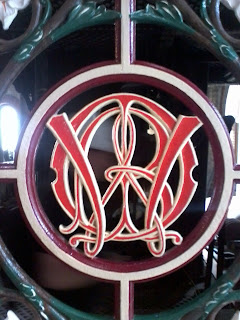 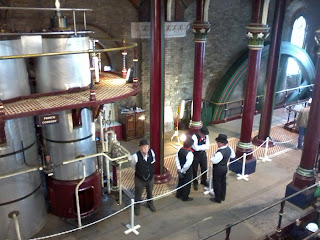 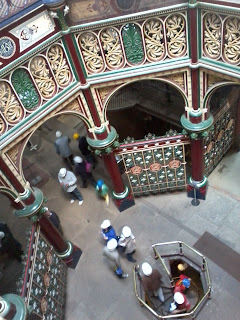 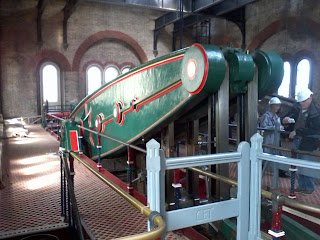 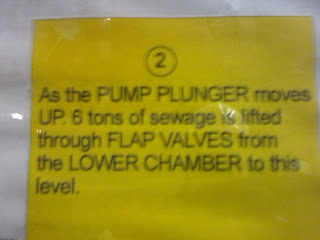 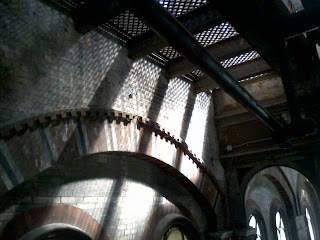 Information to divulge next time you're dining on moules et frites 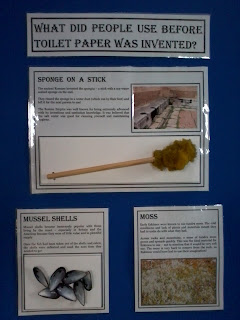 In the grounds, supermarket home delivery is nothing new 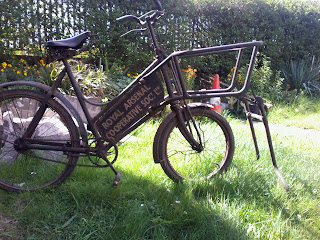 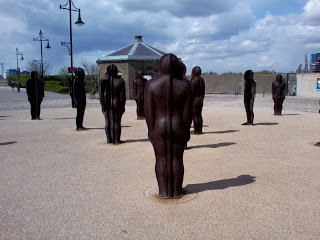 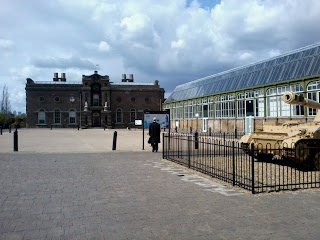 Crossing the Thames on the free Woolwich Ferry 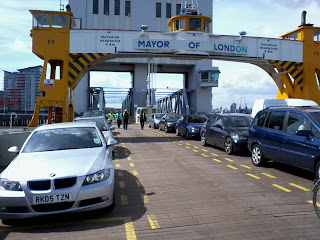 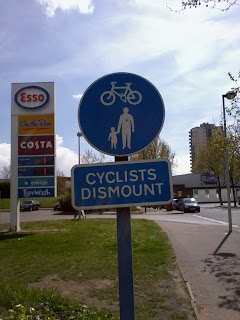 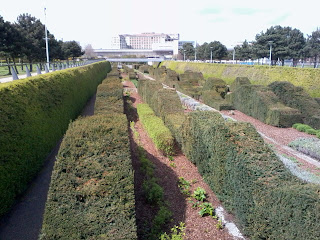 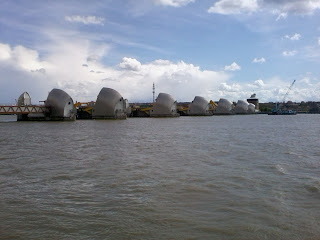 I passed under the Emirates Air Line, aka the Cable Car between the Dome and Excel. It's got towers, cables and even gondolas now. The nearer white tower is hidden in part by the Docklands Light Railway, and a second tower can be seen behind. 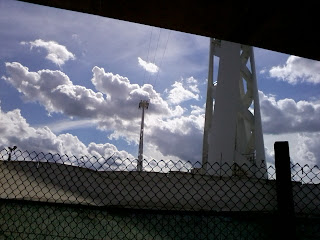 Taking Cycling Superhighway 3 home I discovered the north London section of the London Marathon. What a good day of the year it would be to make London car-free in the  Bogota 'Ciclovia' way. 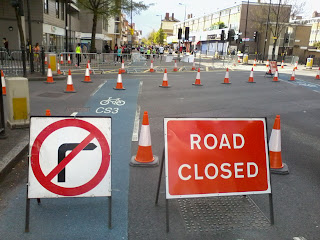 I was diverted to the A13 which has this sign, dispiriting firstly because drivers should always be expecting children to cross the road and even more so because nearly all of the following 500 yards has barriers to stop the pedestrians crossing. 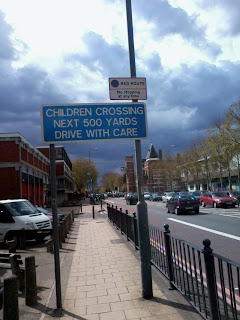 The next Crossness open day is on Sunday June 24th and I'd suggest you put it in your diary now and have yourself a fantastic ride there and back.