Cyclists in the City has challenged the £6m spend for London to host the Tour de France coming from TfL's cycling budget in his blogpost: titled "Should TfL bosses have taken £6million from the cycling (safety) budget to spend on Tour de France promotional work? Would it be acceptable for the Highways Agency to sponsor Formula 1?"

I thought it would be interesting to check how many bikes are in the racks at the local Lilian Baylis secondary school this sunny day after England's section of the Tour de France ended. The school is situated within a couple of miles of the finish line.

There are many reasons why children may not cycle to school (proximity of housing; secure cycle parking at home; hostile roads etc.) and I don't have time to go into the ins and outs of that for this school just now, so I'll just put up the following pictures without comment. 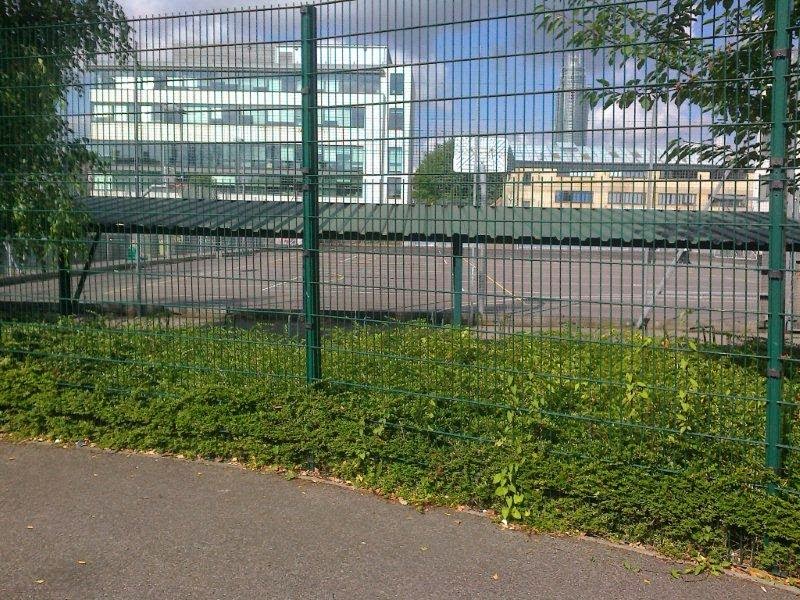 Below, the cycle racks in the school's (staff?) car park. 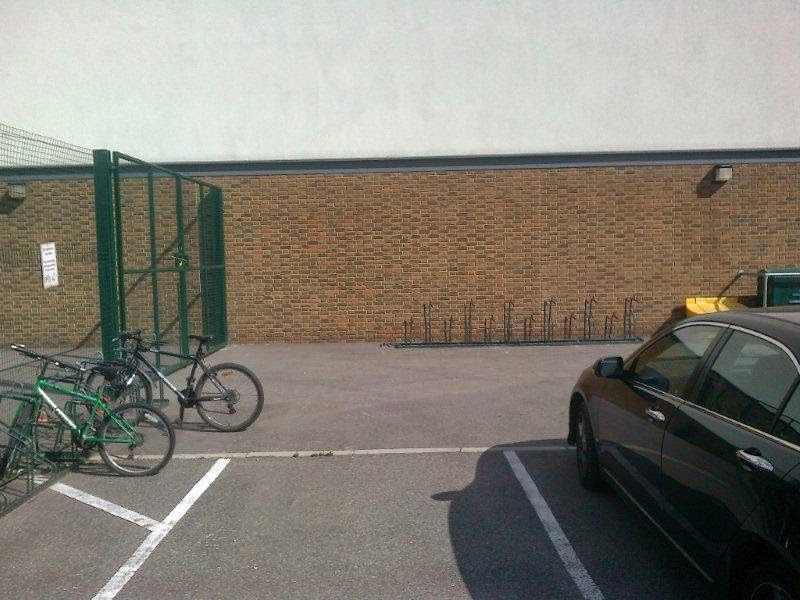 and, finally, the cycle racks by the front entrance to the school 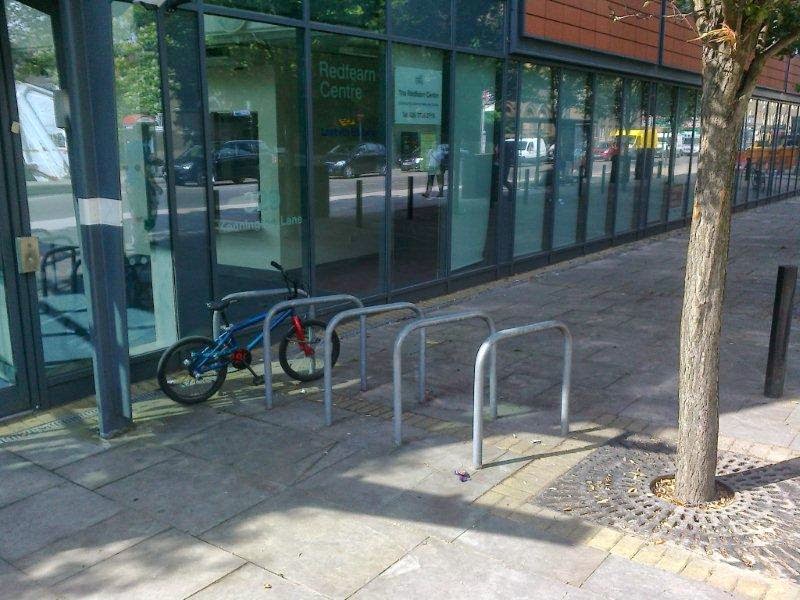 I also tweeted the Evelyn Grace Academy in Lambeth

I'm really heartened by the fact that the Academy has a v active bike club and hope there are no budget constraints against it continuing and growing.
Posted by Charlie Holland at 10:32