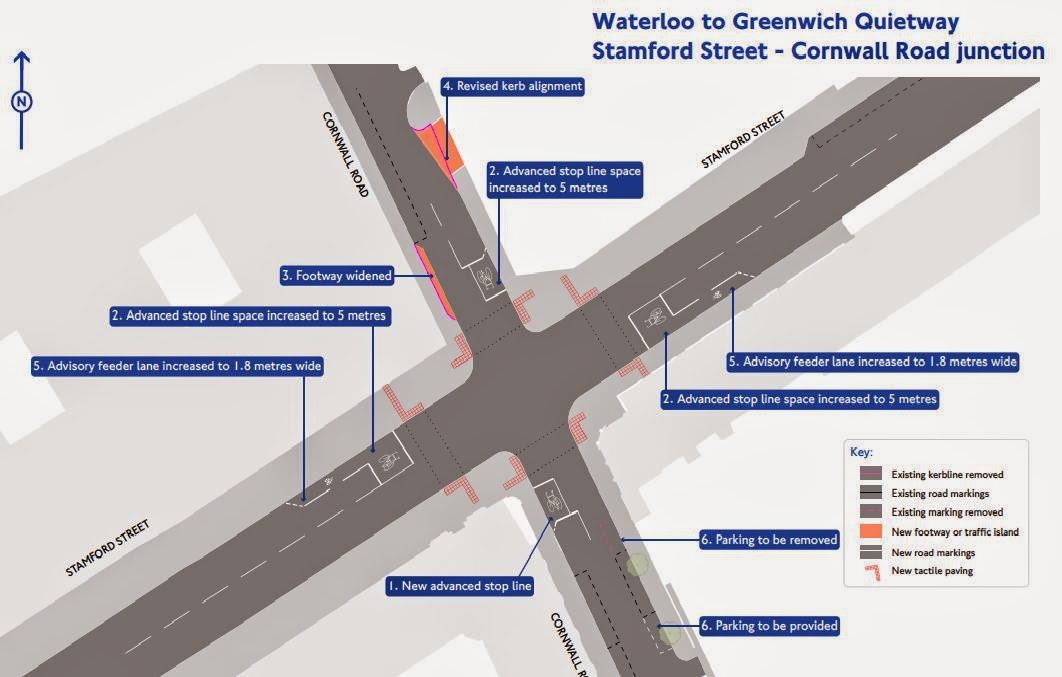 TfL have just opened a consultation about a Lambeth junction, where Cornwall Road crosses Stamford Street, on the Quietway which will run between Waterloo and Greenwich. Subject to the outcome of this consultation, TfL plan to start construction work in early 2015. The consultation runs until 9th February.

TfL's consultation page doesn't include a map to show where the route in Lambeth will run, but the SE1 website put up a piece on Tuesday stating that, "In SE1, the Quietway route will run from the South Bank via Cornwall Road and Webber Street to Great Suffolk Street and Trinity Street".

Unlike Southwark, Lambeth has not yet published, and consulted on, the proposals they have for the Quietway on their streets. Without knowing the wider plan in Lambeth there are limited comments one can make on an individual junction. So, while I urge people to comment, it may be worth waiting a while for the borough's plans to be published.