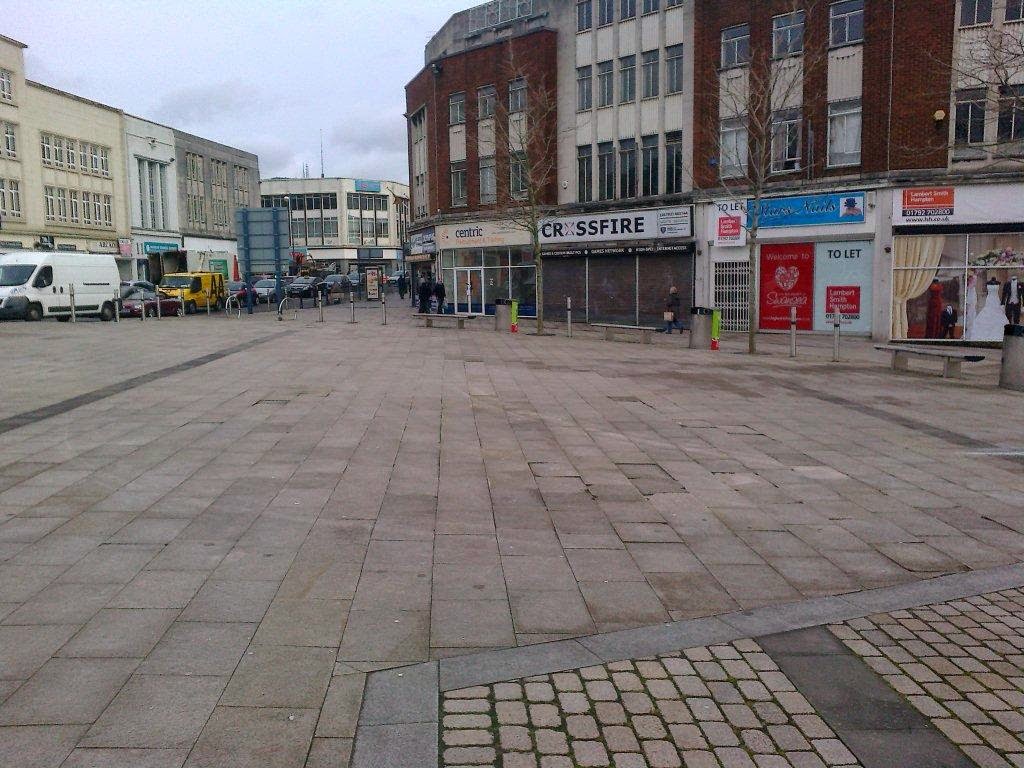 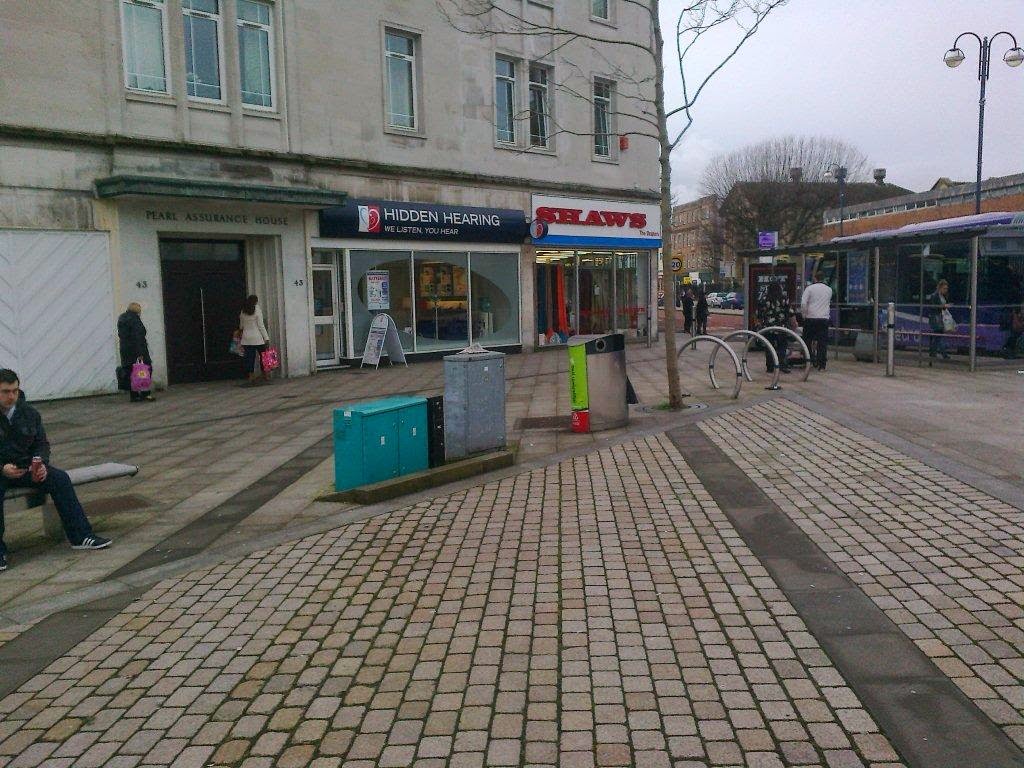 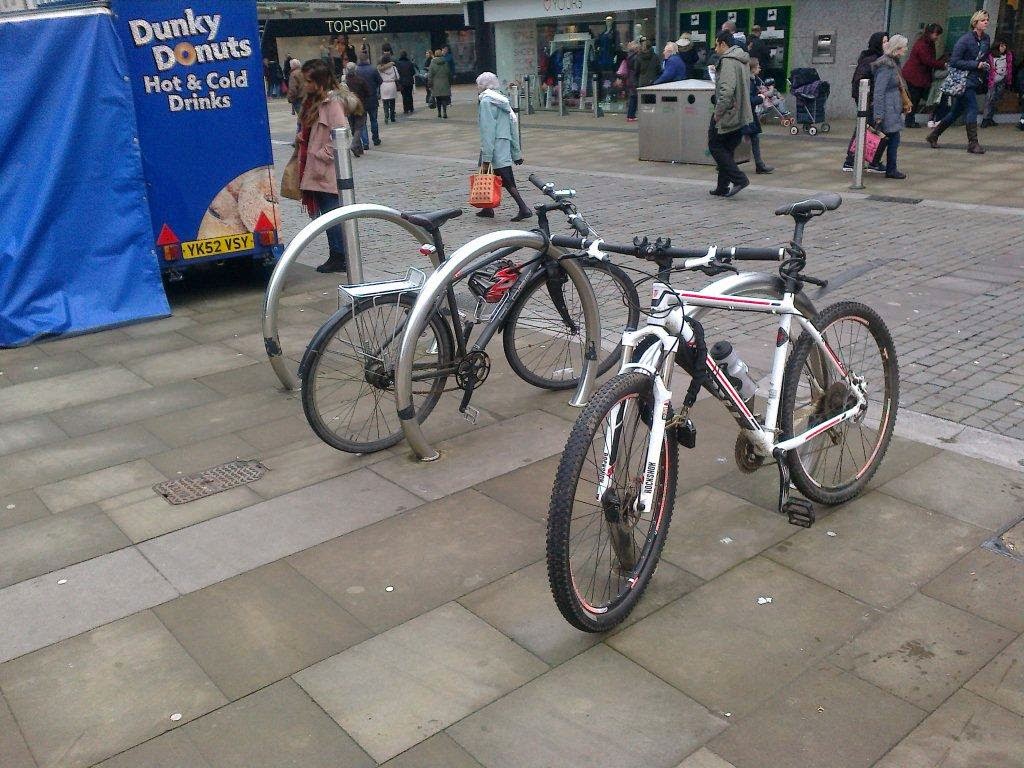 But mainly it was the bollards that caught my eye - so many of them. Just look at this line prohibiting access to the pedestrianised section of town 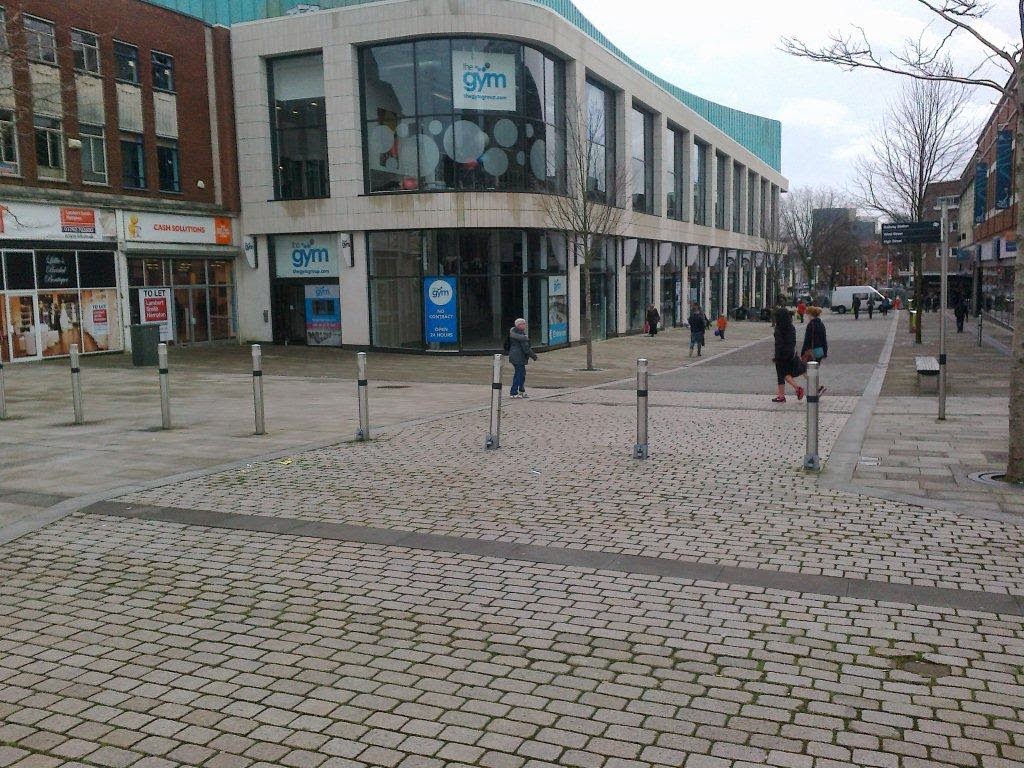 Once you're in the pedestrianised section the bollards don't go away but now are spaced gloriously far apart to allow cars and vans to fit between them. 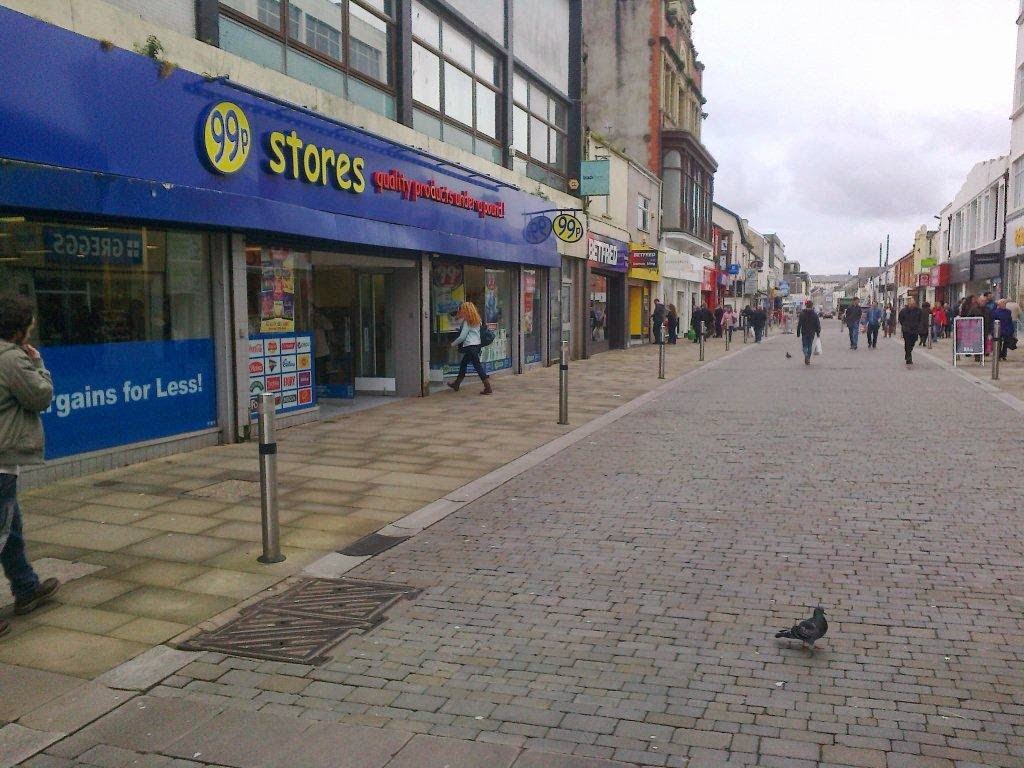 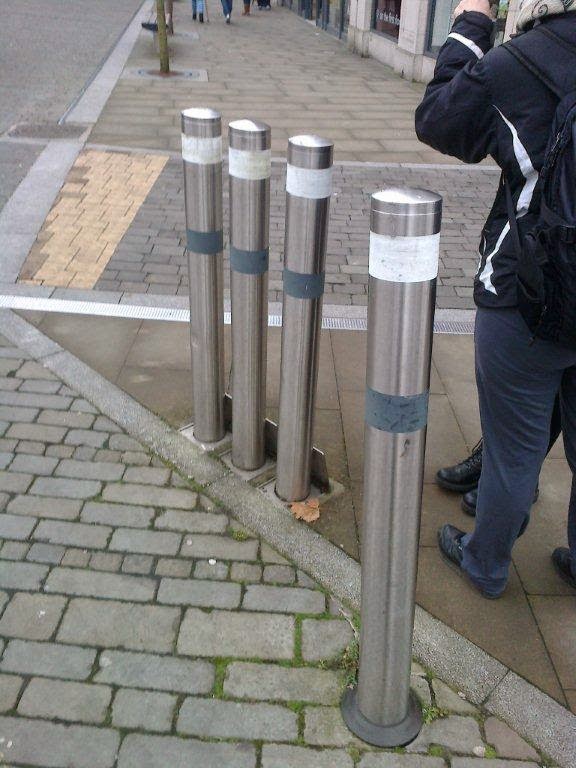 The ones in the middle of the road below, for example, can be removed (but not the one that has been knocked into) 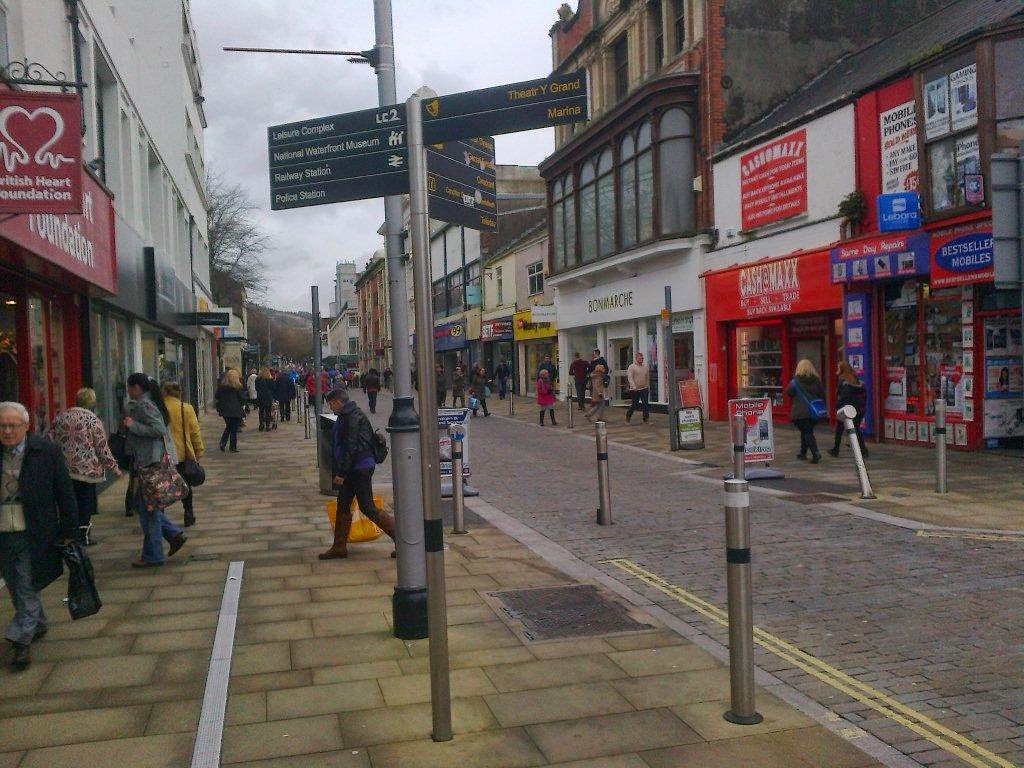 Admire the way that each piece of street furniture has its designated role. The signpost is not a bollard, it's a signpost, so sits away from the space where a bollard is needed. It's the same with the CCTV camera posts, and the bin. 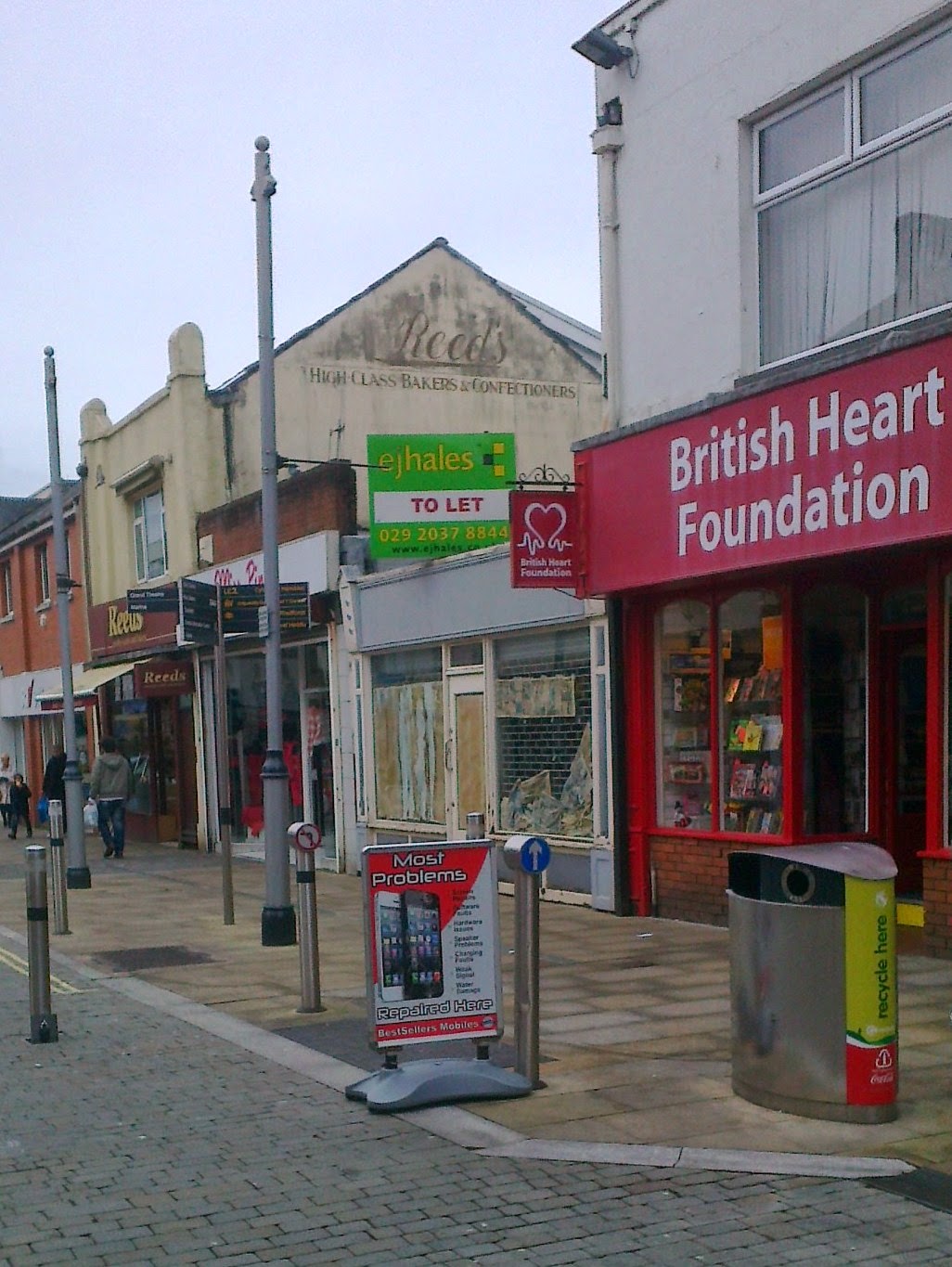 The retailers have done their part too, adding advertising boards to the cacophony of clutter.

Then, just as you think that there can be no possible addition of any further bollards, you stumble upon the shop below 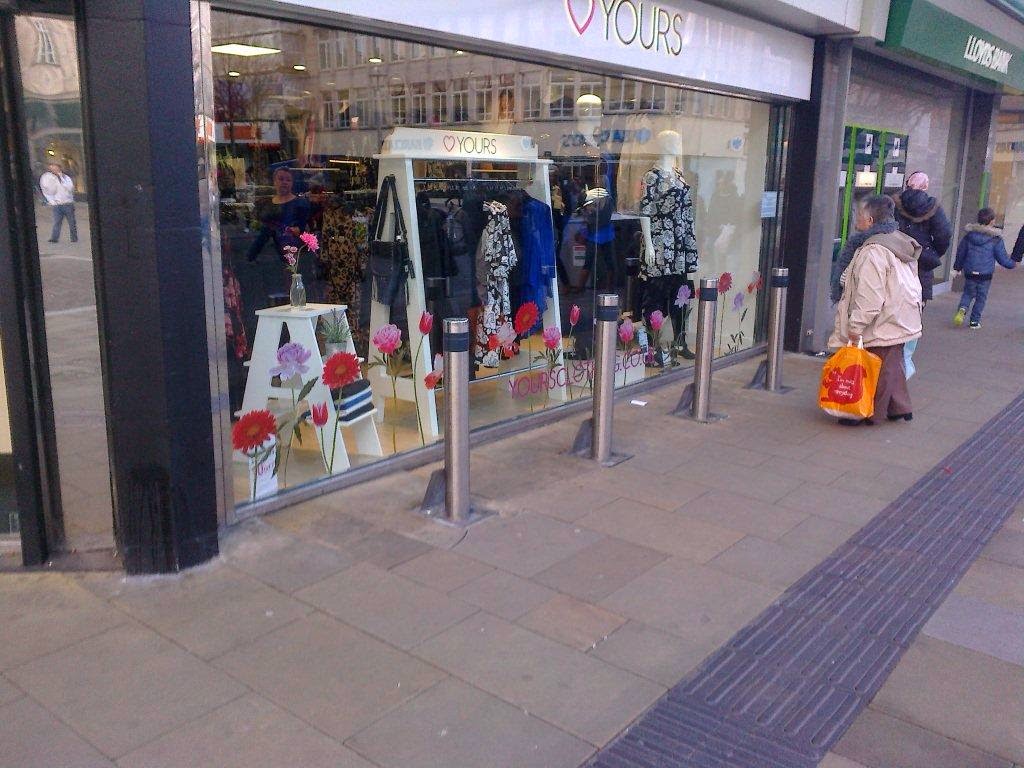 I take my hat off to the bollard salesperson of the century.

Post Script bollard bonus:
We're not quite done yet. Check out the warning sign (by the 'No Vehicles'. not even bicycles, sign) - 'Bolardiau awtomatig ar waith' 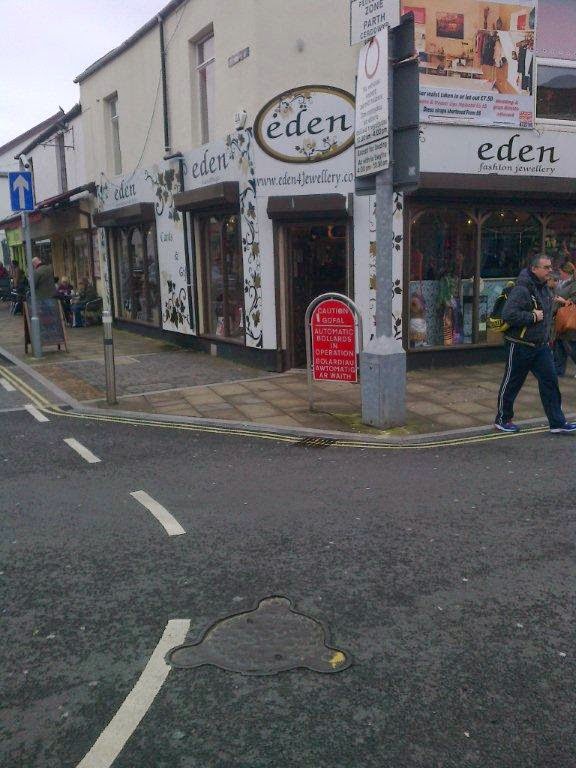 And here it is, a fine retractable bollard (and by chance the photo shows how reasonable it is to prohibit cycling on this narrow, crowded, street with the merest apology of a pavement). 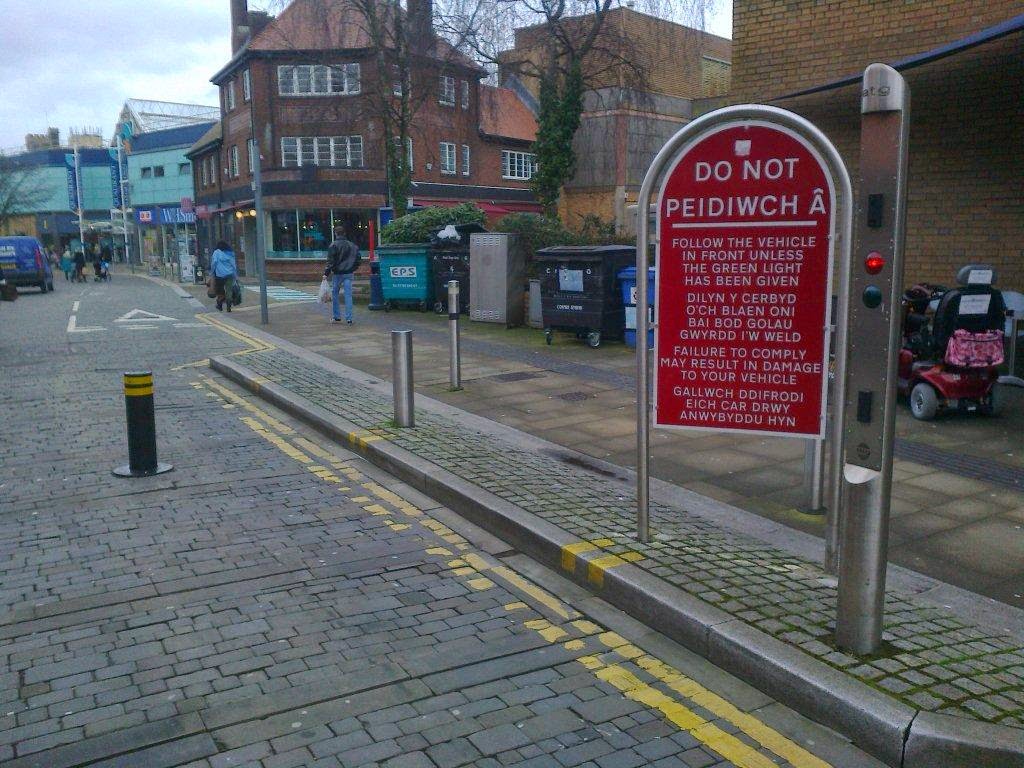 Posted by Charlie Holland at 22:21