Much to admire in Isabel Street transformation to Van Gogh Walk but... 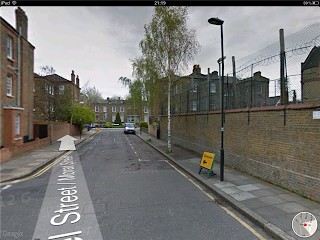 Isabel Street is a little back-street adjacent to Durand Primary School in Lambeth SW9 which has just been transformed by Lambeth Council from the above to the below. 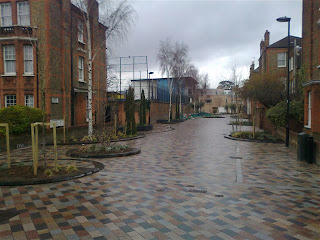 As part of the makeover, Isabel Street is being renamed Van Gogh Walk which even has its own blog. Van Gogh Walk is just off Hackford Road, below, where Van Gogh lived for a year at number 87. 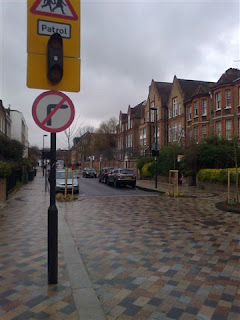 As you can see, there's a 'no right turn' sign into Van Gogh Walk. But it's not because the Walk is car free. The new Walk is being made one-way, with added signs advising caution as there might be children and parents with push-chairs. There won't be a load of traffic on this street. All in all it should be a perfect street for children to cycle through to or home from school for example. 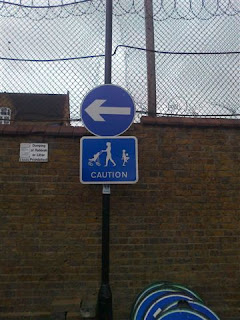 Except that, like motor traffic, the plan is that cyclists can only use the street in one direction. 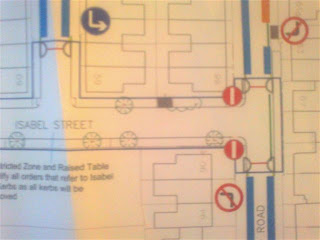 I can see no reason why this street (especially now it's named after a Dutchman) shouldn't be two-way for cyclists. Luckily there's still time to get the signage changed as, despite having been installed, consultation on the traffic order for the signs is still open. Please drop a polite email to hgame@lambeth.gov.uk asking for the proposed traffic order 'to ban vehicles in Hackford Road from entering Isabel Street' to be amended to 'ban vehicles, except cycles,....'

There are a number of planned changes for the Stockwell out for consultation, following the Neighbourhood Enhancement Programme, which are due shortly to be implemented.  Come to Lambeth Cyclists meeting on Tuesday 16 April to see the plans and suggest improvements. 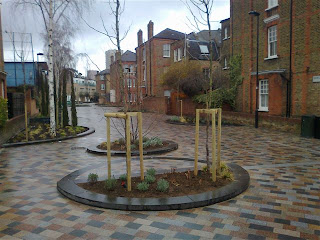 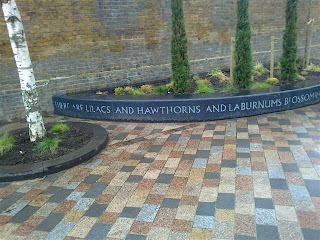 Posted by Charlie Holland at 20:52