Are TfL too slapdash to achieve a professional result?

On 13th December I blogged about TfL moving the Pelican crossing for the eastern Cycle Bypass at Elephant and Castle along the New Kent Road. I wondered why they didn't take the opportunity to replace the old Pelican crossing with a Toucan crossing permitting cyclists to use the Bypass without having to dismount.

The truth, I subsequently thought, was that they made a concious decision not to support cyclists in favour of supporting the motorist.

But now I think the true reason is that TfL are just too slapdash to put in the care and effort needed for a professional result for vulnerable road users. Why else would they move the crossing point from the right side of the junction to the left but not move the related signs? It's now six weeks since TfL moved the crossing and the original signage remains untouched. 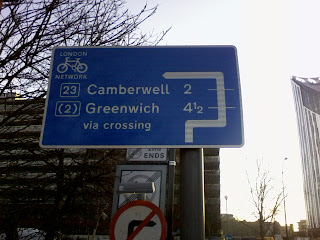 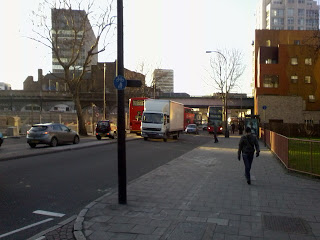 Posted by Charlie Holland at 16:49