A few photos from the past couple of days 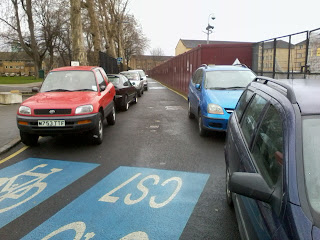 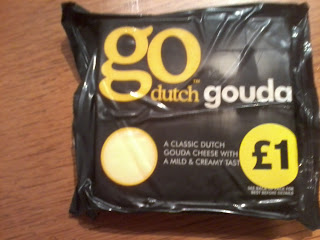 The London Cycling Campaign is running a 'Go Dutch' campaign running up to the Mayoral elections. It's good to see a cheese maker is spreading the word. If you haven't yet signed the LCC petition please do so now. 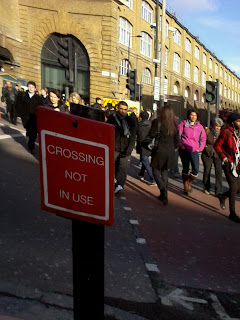 There are frequent pedestrian and cyclist protests on the Euston Road by Kings Cross Station, pushing TfL to make the area less dominated by motor traffic. This morning, during the rush-hour, there was a counter-strike with 'Crossing not in use' signs placed over the pedestrian signal push button controls. The pedestrians realised the light phases were working perfectly well and ignored the attempts to get them to drive instead of walking. 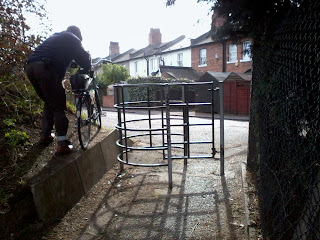 Above is a route in Barnet that was designed by the kind of absolute bastards who try to force people with wheelchairs, push-chairs or bicycles to use their cars instead of a convenient path. Please join the fight back  by taking part in the Great Divide Ride on Sunday 25th March. 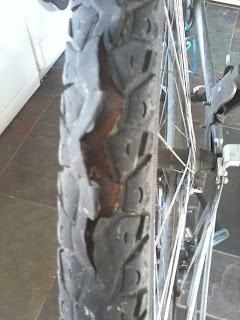 Finally, a word of advice from personal experience. Before taking part in a ride on major roads back and forth over the North Circular Road check your tyres aren't falling to pieces. Gulp!
Posted by Charlie Holland at 22:21