How the Circus tamed Piccadilly Circus 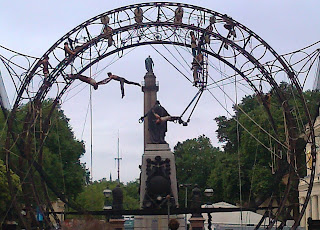 Yesterday, Sunday 2nd September, a great range of circus performance took place on closed roads in central London. This was one of the Mayor of London's Olympics-related surprise events - about a week ago some messages went out alerting recipients to a forthcoming Secret Circus event and asking them to sign up to hear more, and spread the word. On Saturday morning an email was sent out letting people know the shows were from 1pm onwards around Piccadilly Circus on Sunday.

And it was fabulous; throughout the streets there were trapeze and tightwire rigs; trampolines, sway and chinese poles; stages filled with hula-hoop artists, jugglers and acrobats. 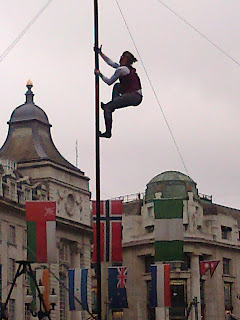 But for me it was the streets devoid of traffic that were the real stars of the day. It turned out that not only was Piccadilly Circus pedestrianised, but also Regent Street, above and below Piccadilly Circus, Haymarket, Piccadilly, and part of Shaftesbury Avenue.

And the people came and strolled in their thousands, making the Hyundai car adverts absurdly dated and out of place.. 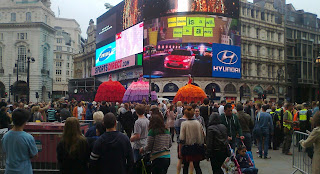 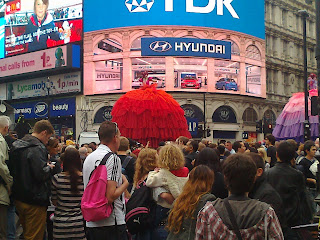 People meandered up and down the streets, admired the shows; 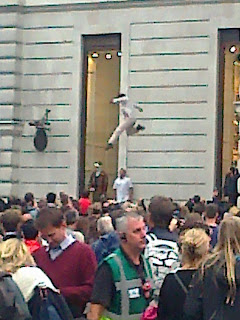 sat on benches in the middle of the street; 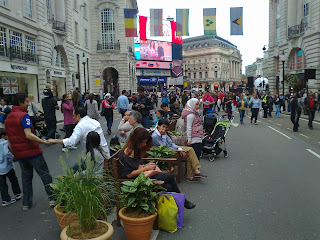 sat in the middle of the street; 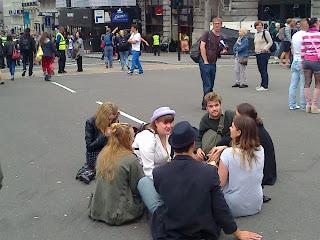 took photos of their children; 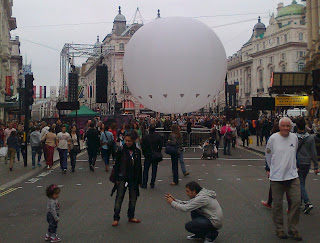 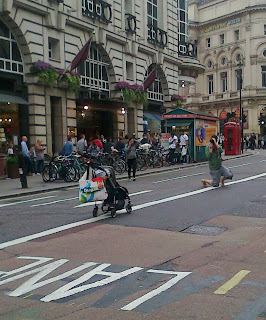 watched their children play in the street; 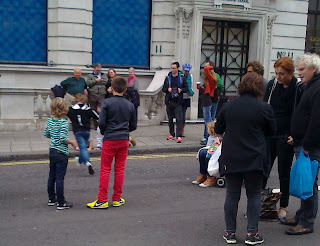 and shopped until the shelves were empty. 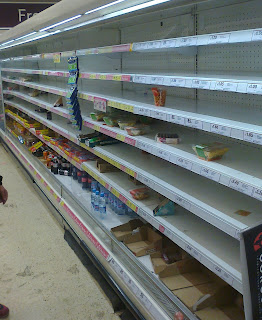 Suddenly streets I normally avoid like the plague became pleasant to visit and the family took the advantage to do some shopping too. Not just coffee and sandwiches (where there were any left), but an impulse purchase of two sweatshirts from a shop we'd never previously entered.

And while the circus was spectacular, I suspect many more thousands of people than usual would flock to the West End to shop and socialise if the authorities simply closed the streets to motor traffic.

So please email, tweet and talk with the West End shops, MPs, Councillors and residents pushing them to remove motor traffic from the streets on many more occasions throughout the year.

And, if you want to learn to juggle, play with poi, spin diabolos etc. check out the new weekly juggling workshop in Kennington at www.southbankjugglers.co.uk
Posted by Charlie Holland at 12:14