Yay! The railings on Kennington Lane are going

A few weeks ago I took some photos outside Tesco on Kennington Lane of the junction with their car park in preparation for a blog post urging changes.. 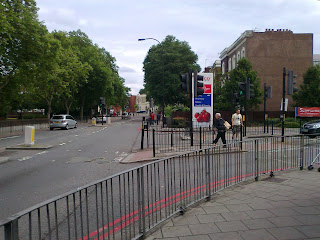 Pedestrians can't simply walk across the side road that just leads to the relatively modest, for a supermarket, car park.They but must instead zigzag around, push buttons and wait for a green man twice. It's preposterously over-engineered with a complicated traffic light and pedestrian light sequence, probably due to having two lanes of traffic going out, to smooth the motor traffic flow, where one would be reasonable. 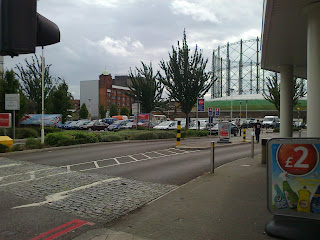 While I doubt that a lane is being removed, the great news is that TfL are removing the railings later this month 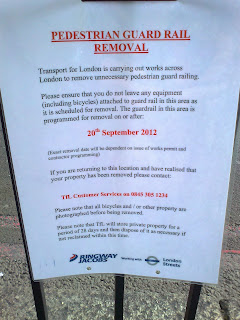 A llot of people use the railings as a bike parking location, so the existing bike racks are likely to become much fuller shortly. I suspect additional ones will be needed and hope Tesco have this in hand.. 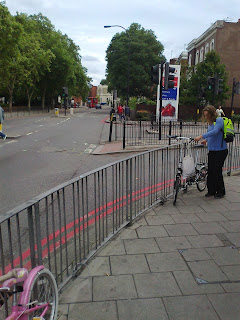