Calling Lambeth and beyond - your photos wanted

She told the room full of cycling campaigners that she is not a cyclist and outlined a few of the reasons. They included
1. The images of cycling in the media are of sporty cycling or portray it as dangerous. There is no suggestion that cycling is an 'everyman, everyday' activity 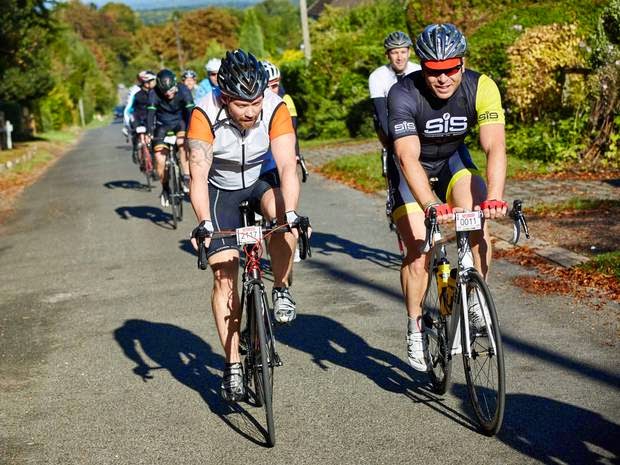 .Photo from today's 'Health and Families' section of the Independent 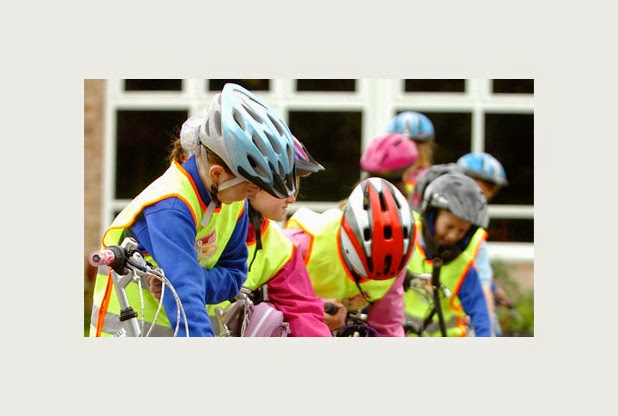 2. The overwhelming message is 'You come onto the roads at your peril'.

Jenny reflected that, "like walking, cycling we learnt to do as children, but we give up on cycling" and was clear that, "We need to make cycling an everyday, mundane and safe activity. Lambeth has a major role to play in normalising cycling. Pedestrians and cyclists must be at the very heart of our borough".

She was clear also about the scale of the challenge, stating that "she had been taken aback by the number of residents who are so very attached to their cars."

A little later on Brian Deegan from TfL outlined the new London Cycling Design Standards. Like the Netherlands, segregation will be on roads with high volumes/speeds of motor traffic, but back streets will be shared by motor vehicles and bicycles.

On Saturday 29th November there will be a ‘Made in Lambeth’ event where a disparate bunch of people come together to design a website about cycling in Lambeth. There is no point in having the website stuffed full of photos like those above if Lambeth is to follow its cycling strategy to make:


Lambeth the most cycle-friendly borough in London where 1- 100 year olds feel safe enough to cycle.

Equally there's no point in stuffing a Lambeth website full of photos like the one below (from a recent Swindon Advertiser) when the reality is that the children cycling to school on their bikes are expected to mix with traffic. 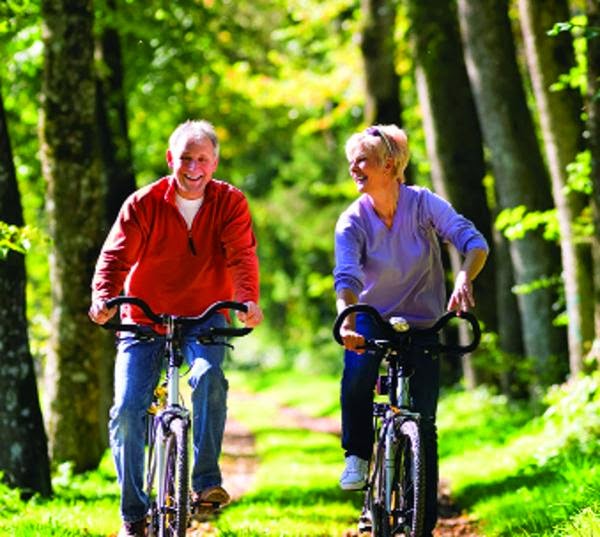 So I'm on the search for photos of ordinary people in Lambeth - children, hand-cyclists, the elderly. The kinds of images I am looking for can be seen scrolling down here except that I am looking for the equivalent on motor-trafficked inner London streets.

I want photos of
-       People (especially children) making cycle trips on their own or with friends in inner London traffic with private cars and commercial vehicles such as taxis and delivery/trades vans.
-       Utility rather than leisure trips (Morning cycle to school time, shopping, commuting).
-       Different seasons and also at dusk/night and day, rain and sun.
-       The cyclists and drivers looking relaxed and the cyclist(s) generally in primary position (approx. centre of lane).
-       These cyclists in moving and queuing traffic.

I've had a rummage through some of my photos and come up with these as indicative of the kind of cycling we should be representing on the website. What do you think? 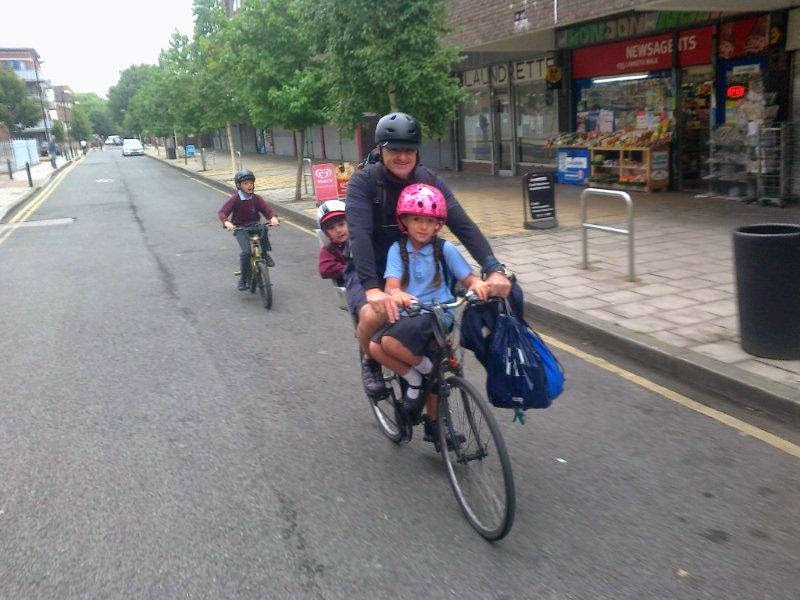 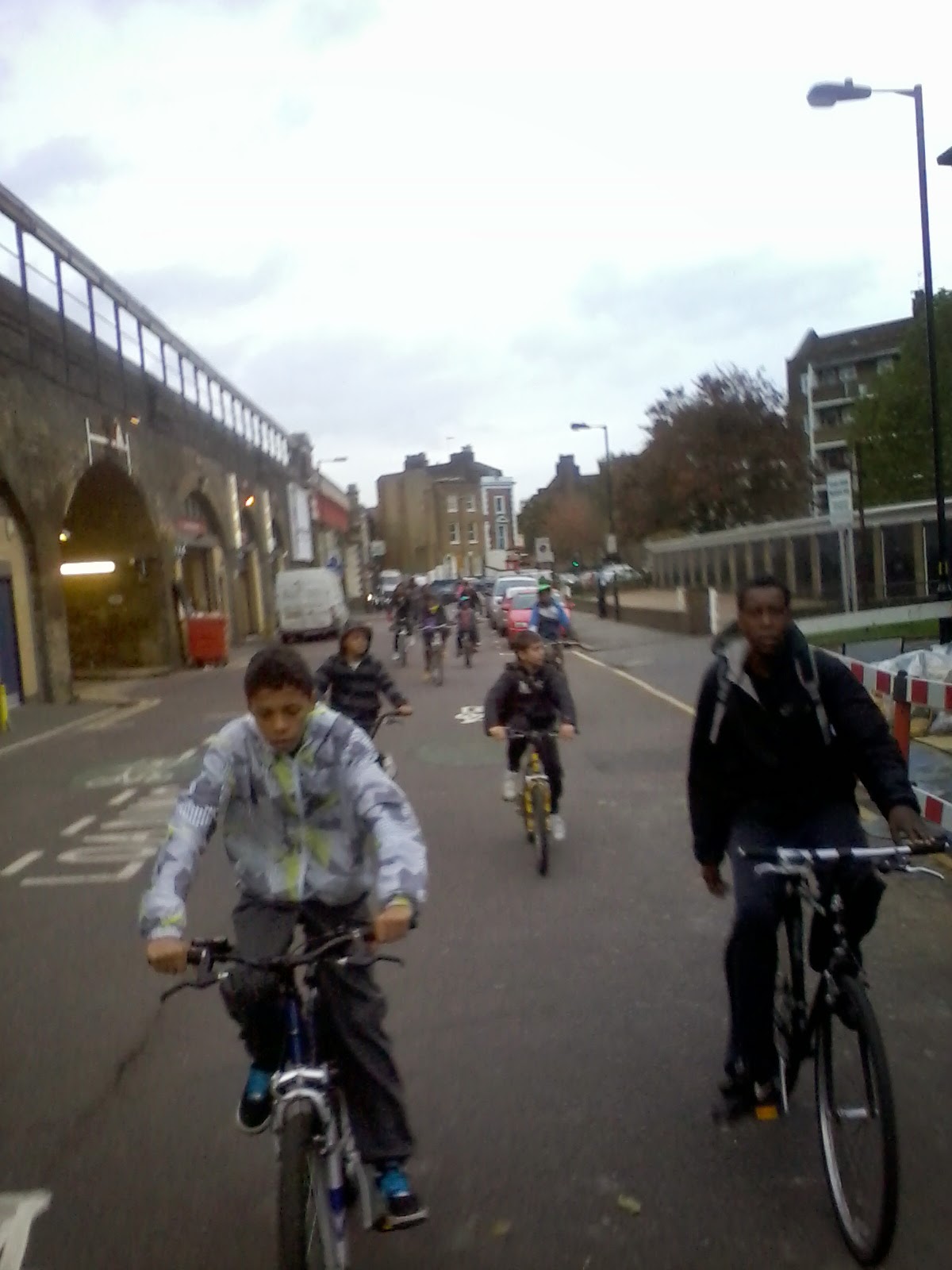 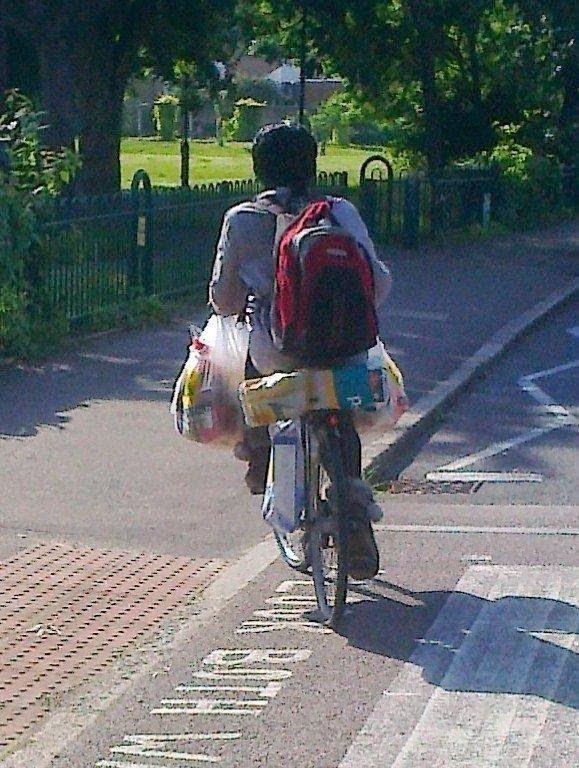 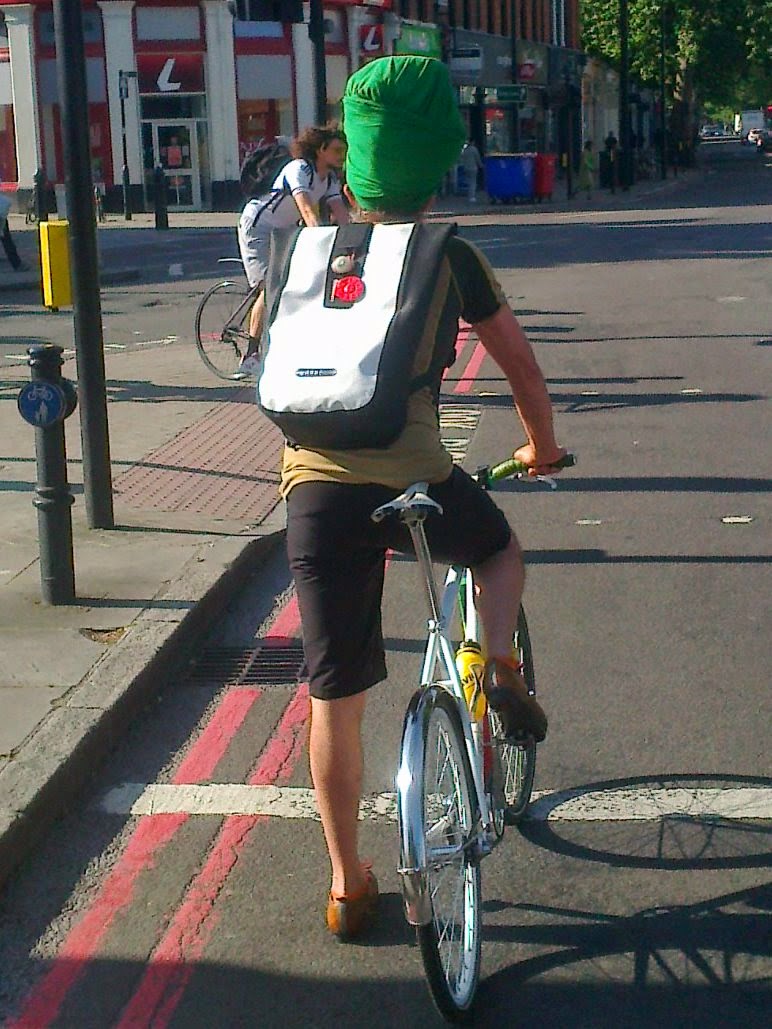 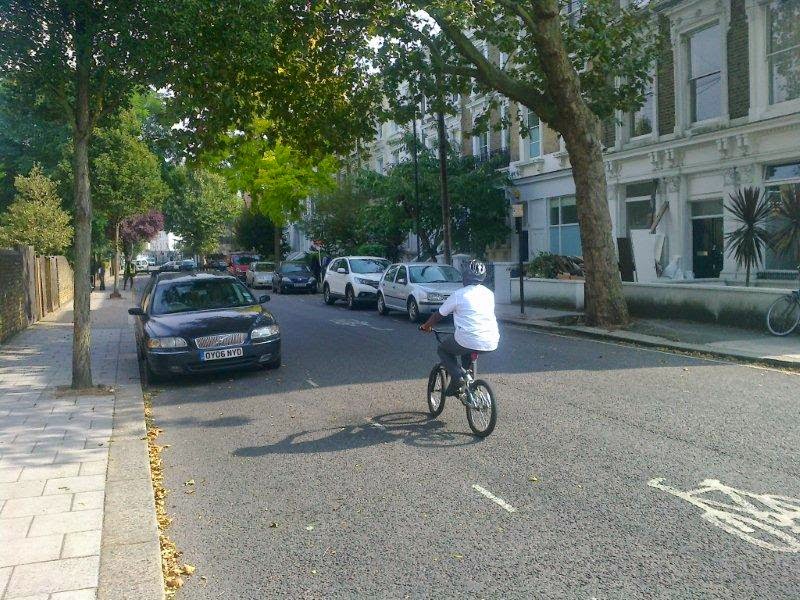 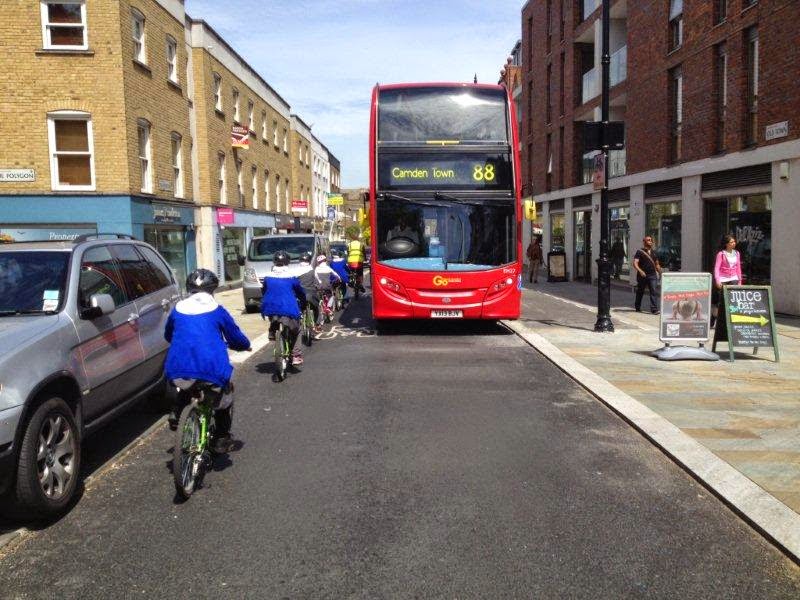 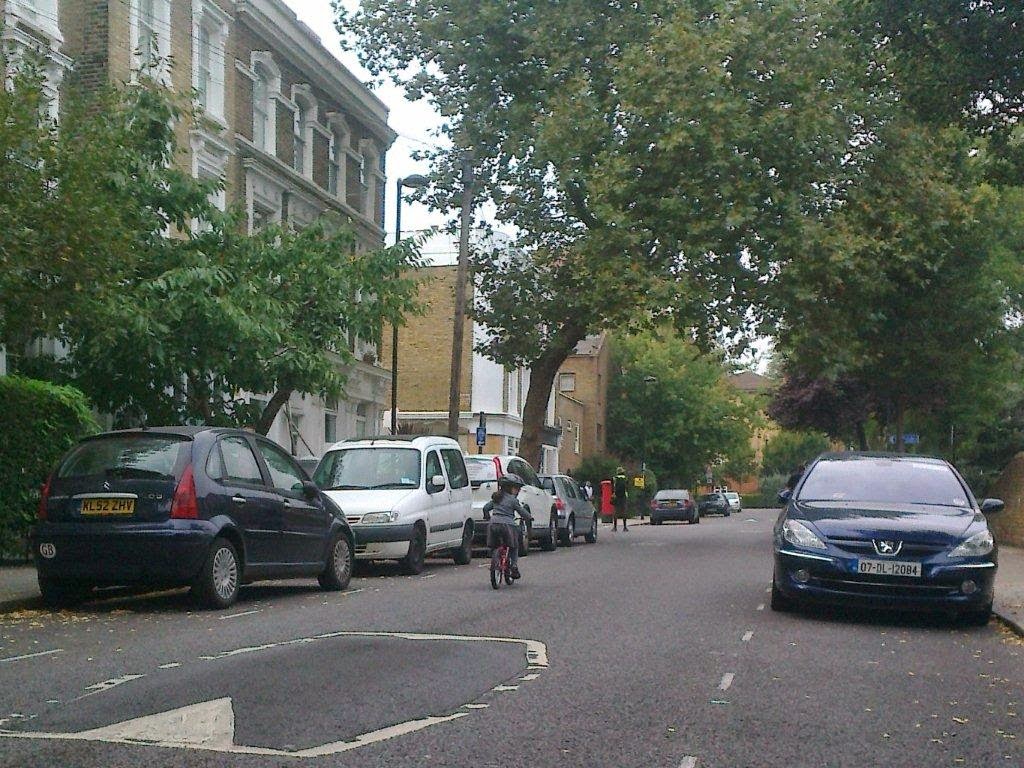 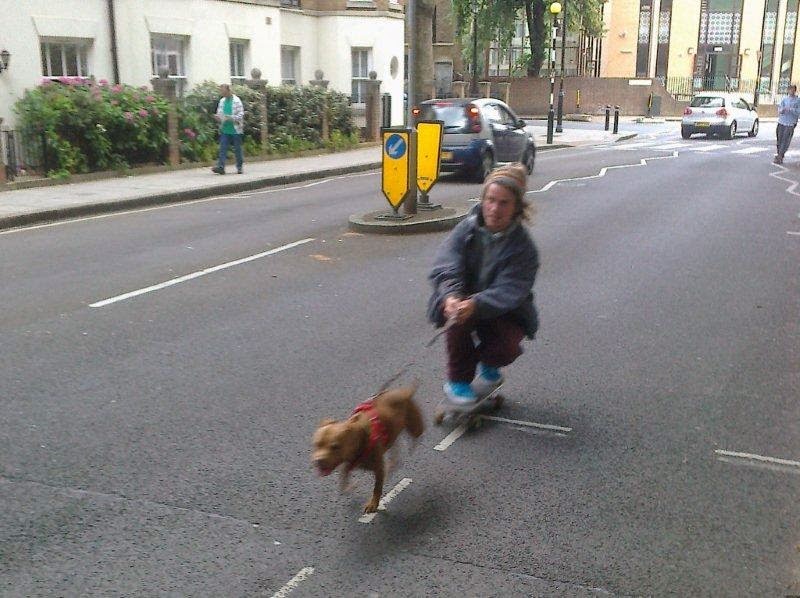 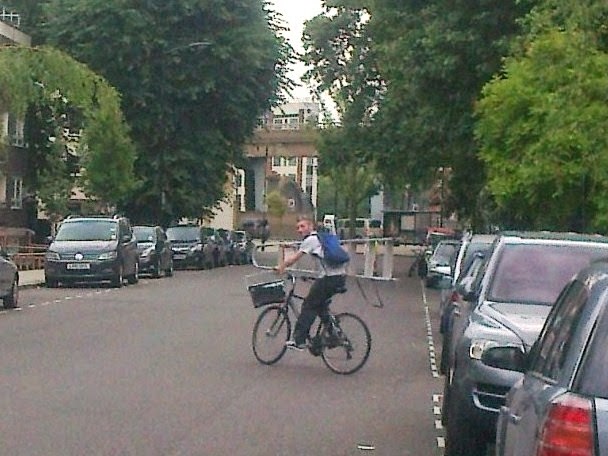 Posted by Charlie Holland at 14:49