Cycling provision for a new student hall in Waterloo 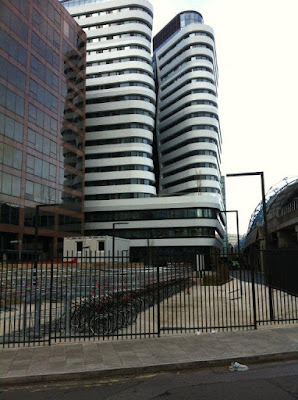 This is how the back of the building looks. There's gated parking for hundreds of pool bikes alongside the students' own ones. It's not very pretty but a thousand or so bikes parked looks a lot less ugly than than a thousand cars, and there may be more landscaping to come. 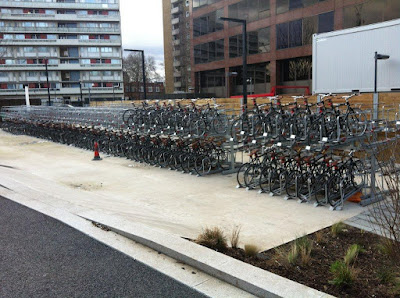 The cycle parking is in clear sight of, and easily accessible from, the building, and it'll be quick to get to the main road. 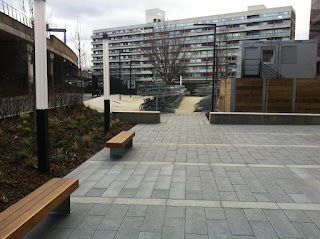 CCTV is used and cycles can be locked to the stands 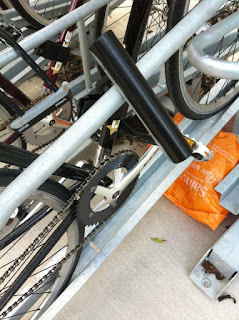 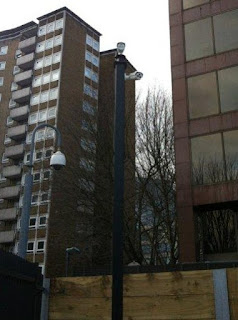 There's plenty of room to access the majority of the bikes 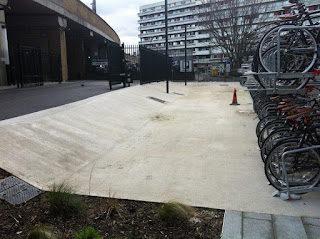 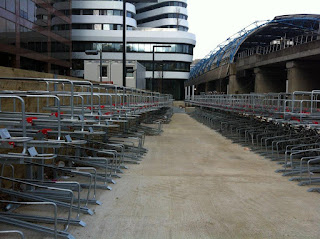 At one end the stands are cramped, and these will clearly be used less that the others. 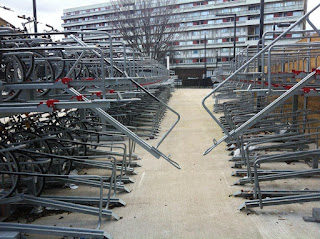 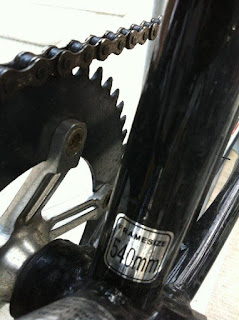 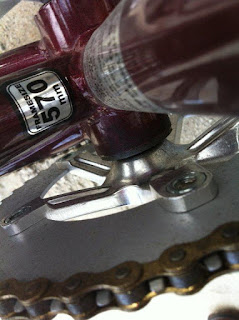 There appear to be no step-through frames, and there are no chain guards or skirt guards, meaning that these cycles aren't going to appeal to every student. I'd like to see a wider range of cycles. I don't know if consideration has been given to parking tricycles, hand cycles and other types of cycle. 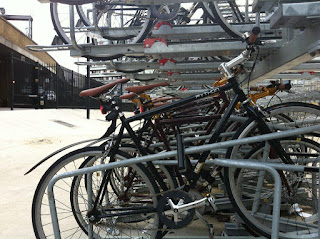 The stands are not currently covered, which doesn't bode well for the life of the uncovered chains (again, though, this may be a work in progress) UPDATE Urbanest have tweeted to say that the stands will be covered. 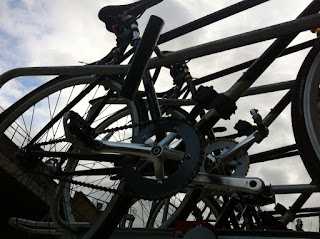 What is strongly demonstrated here is Lambeth's commitment to ensuring that developers provide a large amount of parking, and where appropriate pool bikes, as part of its commitment to becoming London's most cycle friendly borough.

I envisage that every single student living in these halls will, at the very least, give some serious thought to using a cycle to get around town. 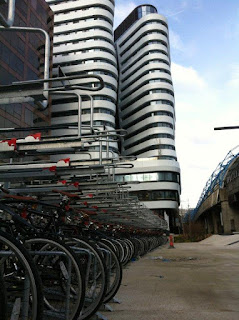 Posted by Charlie Holland at 18:54