I wanted this to be a good news story

There was anger a few months before Christmas when Waitrose opened their new store in Nine Elms without any convenient cycle parking. A key ambition of the Vauxhall, Nine Elms, Battersea Development Opportunity Area is for it be very cycle friendly; according to the Mayor of London, more cycle friendly than Amsterdam.

Promises were made by Waitrose that stands for 10 bikes would be installed at the entrance by Christmas. 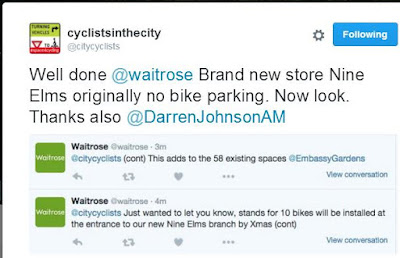 I thought it was time to pay the new store a visit, take some photos of the quality cycle stands near the entrance and put out a positive tweet or two. Unfortunately I can't.

Waitrose was clear at the time that it only leases the building from the developers, Ballymore, who own the alley outside 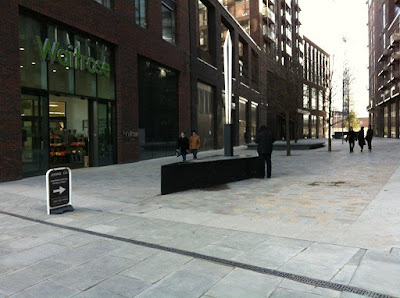 The store front pavement along Nine Elms Lane is owned by Wandsworth Council. 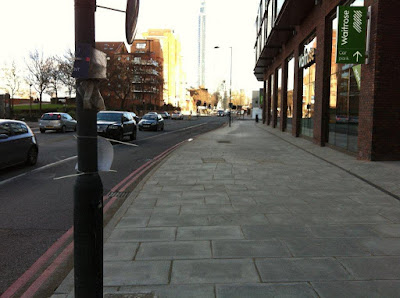 To reach the nearest cycle parking you carry your weighty shopping panniers along the pavement the full length of the store to the corner, turn right, and carry your bags the full depth of the store, past the entrance to the car park, to the stands shown below 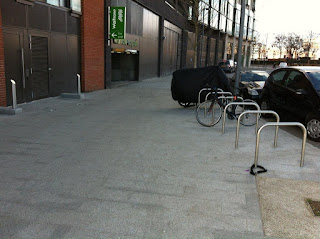 Alternatively you can carry your bags along the pavement away from the store in the other direction, turn left at the end of the block to reach some stands. 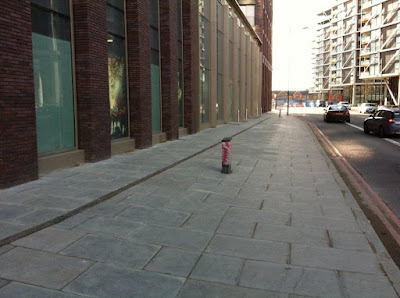 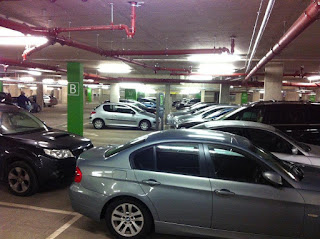 In comparison the Waitrose car park is convenient and well used. It has car parking bays for the disabled, bays for families, bays for recharging your electric car. It's covered, well lit, has promotional material, and has lifts so you can bring your shopping trolley straight into your car to unload. No walking with shopping involved. 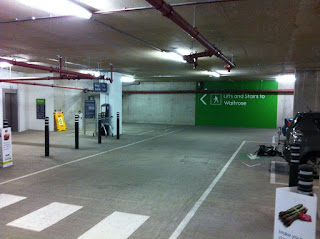 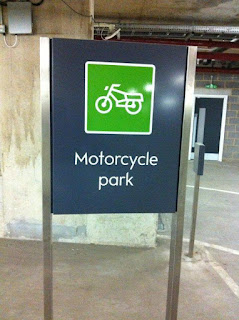 There is no undercover cycle parking area or stands for customers (nor provision for daytime Waitrose staff).

Of course, most customers arriving by bike want to park near to the entrance, as this person managed to do 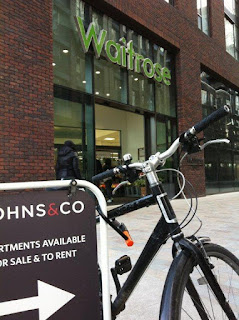 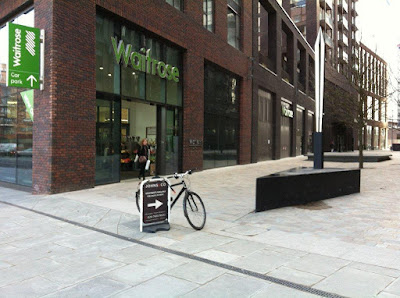 The friendly Operations Manager for the store apologised for the non-arrival of stands. She has been told they may be in place by the end of the month and said that Waitrose's Corporate and Social Responsibility team are applying pressure to the land owners so far as they can.

Ballymore, the site developers who own the alley, and Wandsworth Council, who own the pavement, should totally understand the planning intent for this area to be super cycle friendly. I can't believe it is beyond the capacity of one or other to install some racks within a few days given the vast expanse of empty pavement available. I would have expected them in place ready for the store opening. They weren't. Christmas has come and gone, as has January, and still nothing's been installed. Maybe cycle stands can be in place ready for Valentine's Day?

UPDATE I've had a tweet saying that the stands should be installed by the end of February.

Posted by Charlie Holland at 15:27