Much of the concern about the implementation of the Cycling Superhighways has centred on resolving several key tricky junctions. Southbound by Kennington Park, where the road splits with the A23 going left and the A3 (CS7 route) going straight on, was horrible before. 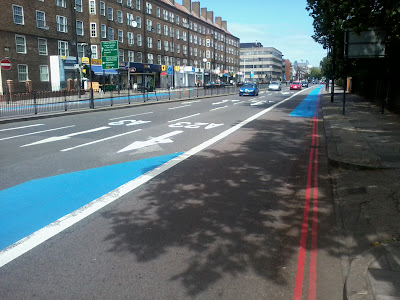 Presumably you're meant to go across the bus lane into the lane marked A23, albeit hardly the obvious choice of lane to be in if you're wanting to go down the A3. Bizarrely the A23 manages to go both straight on and left here. 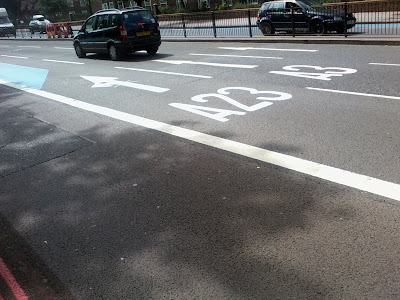 Here's a cyclist on a Sunday at the end of the first blue line in the A23 bus lane positioned ready to bridge the void in the "direct and continuous" CS7 and change lane to the A23 blue strip to go down the A3: 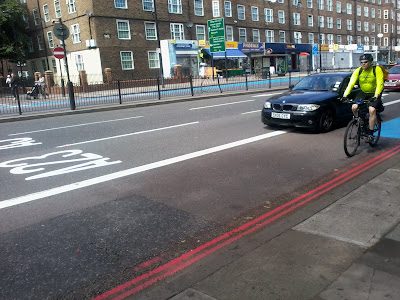 There seem to be an awful lot of cars ALSO switching lane at this point, only they're coming from the lane the cyclist's aiming at into the 'bus lane' he needs to leave: 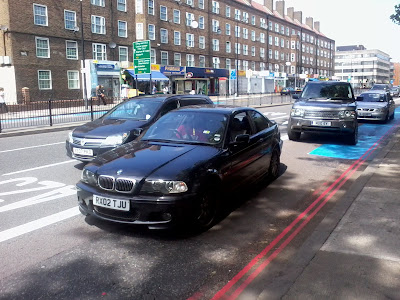 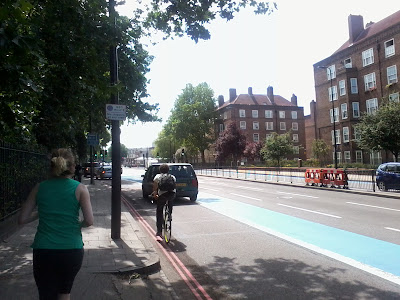 Remember the Cycle Superhighways are "safe", "comfortable", "clearly marked and easy to follow" - so just shut you're eyes and nip across, you'll be fine.

The motorists are of course allowed in the bus lane every day of the week and all day on Sunday: 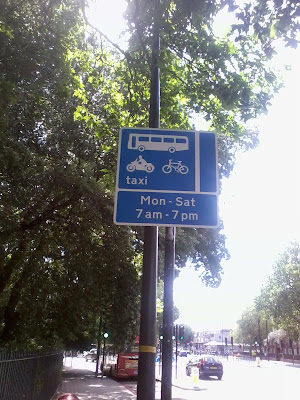 Posted by Charlie Holland at 20:36