I'm working with two local primary schools, Crampton and Charlotte Sharman, running an after-school bike club one afternoon a week in each. The pupils in Charlotte Sharman had been taking part in a Southwark Council funded after-school club last term which they loved.The biggest request was to have rides on the streets so they could get to know their area.but the funding only allowed for one instructor to be present and so it wasn't permitted for the pupils to leave the playground.

I saw the Elephant and Castle Community Fund was looking for projects and the Onion Shed applied to run a bike club with four schools - the two I'm working with this term and two others I'll work with next term - focussed on riding in the area. 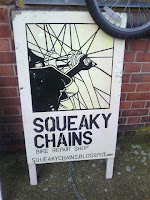 So far each club has had a Dr Bike, a playground session and a couple of rides. We've also got four pool bikes, a couple I already had and a couple that the lovely Squeaky Chains local community bike shop have provided for the rides.

During the rides, amongst all kinds of excitements, we've: 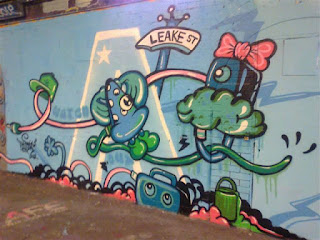 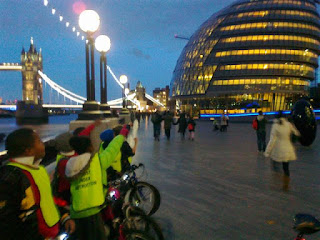 Visited the Christmas Market at the Southbank, seen doughnuts being made, and eaten them 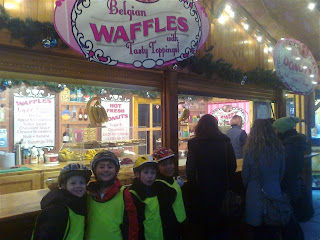 Checked out the Berlin Wall in Geraldine Mary Harmsworth Park 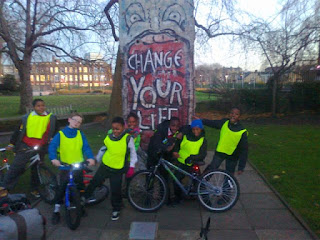 and had an urgent loo stop there too 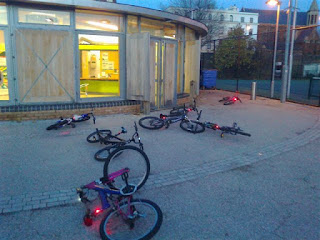 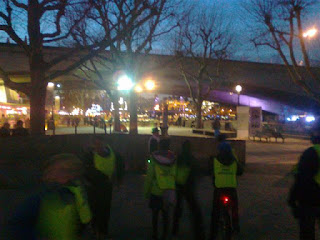 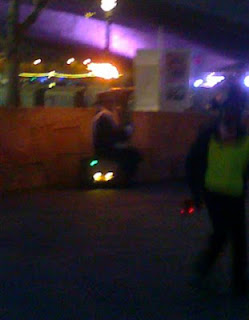 And watched a tank being manoeuvred onto a low loader
in preparation for the Imperial War Museum's refurbishment. 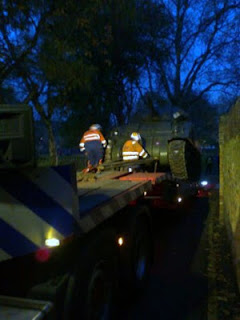 As you can probably guess we're all really looking forward to the next rides!
Posted by Charlie Holland at 08:53