The Prince of Wales and his Greenwash Party 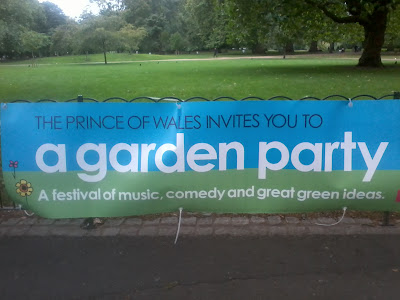 I've blogged previously about Charlie's mum's garden parties that require 2000 parking spaces to be created for the guests to pollute the air around Buck House. But at least the Queen's bashes don't take over the cycle path without so much as a closure sign and then put up banners on the barriers bragging about great green ideas. 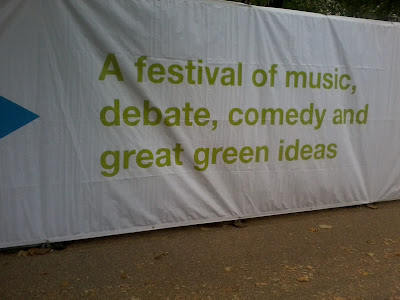 The two-way off-road cycle paths along the mall, past Green Park and over Hyde Park are one of London's treasures. Fat Tire Tours have had a bumper season with tourists. They and Londoners alike are loving the ride without the need to mix it with motor-traffic. 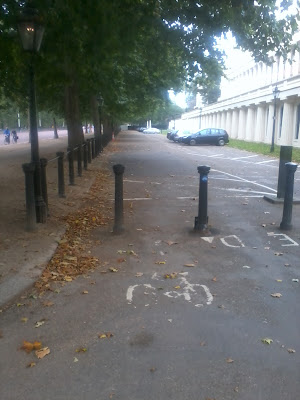 But for a couple of weeks their pleasure is diminshed by coming across an enormous blockage forcing you to cross the four lane motorMall then cycle along it with the taxis. 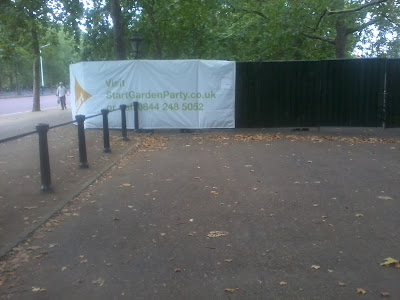 Now, in a civilised country (which may or may not have a monarchy), the council would insist on a take-over of one of the four lanes to set up a diversionary two-way cycle lane. 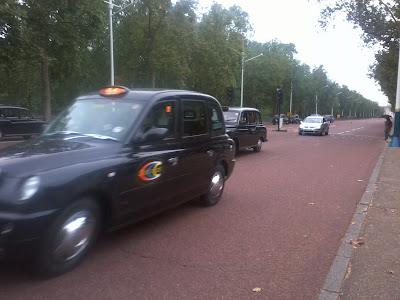 In Holland a diversion for the cycle lane would of course be provided.

Not here, you don't even signpost that the cycle path has been built over let again suggest a detour.

But, hey, who cares? Probably all the Prince's guests arrive by NOx belching black cabs (top tourist tip: London cabs are really white but the diesel fumes soot them up really quickly.)