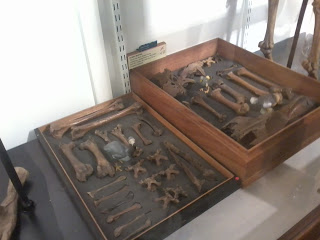 Yesterday's Pedal Power Kennington Ride, on All Soul's Day, saw us reflecting on the dead, our version of Dia de los Muertos / Day of the Dead.

Our first port of call, in the nick of time before the 5pm closure, was the Grant Museum of Zoology. This is a fabulous, free museum which houses not one, but two sets of Dodo bones - they're scarce given that the bird became extinct around 1700, following the Dutch arriving in 1638 in the birds' island home of Mauritius. 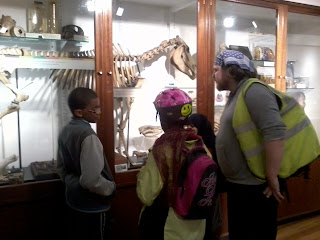 We then hopped on our bikes for a quick ride to the British Museum to check out the Egyptian Mummies, c2686 BC-AD 395, before that museum shut at 5.30pm. (photo by Klafubra, under Creative Commons) 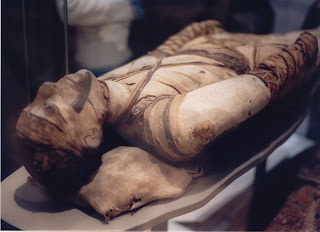 From the British Museum we headed back to UCL to see the Auto-Icon: a wooden cabinet containing the preserved skeleton of philosopher and jurist Jeremy Bentham (1748 - 1832), dressed in his own clothes and nowadays with a wax head - the original being looked after in a safe! 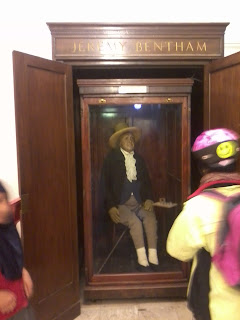 On our journey home we happened upon a projection on, I think, the University of London in Malet Street. We were dead curious, but didn't have time to find out more. 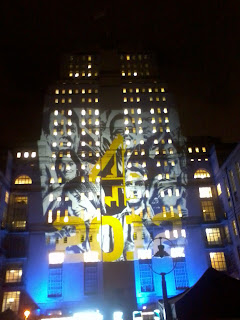 Next week, all things being equal, we're be going with the pupils to The Monument and to the Bank of England to pick up a bar of gold.
Posted by Charlie Holland at 18:08