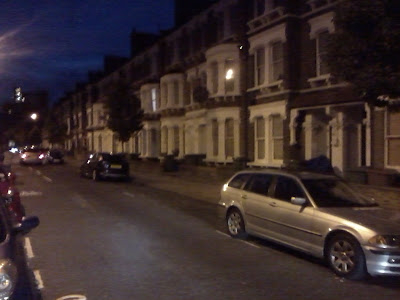 Labour's SE11 Action Team will be out on Brook Drive tomorrow, carrying out a survey on parking.

I did a quick survey this evening along this road (which in part is also Cycling Superhighway 7) and our Action Team are dead right to be concerned. After all, there is no parking save four spaces, and these are arguable as they're on Kennington Road at the junction of Brook Drive!!!! That's right, not a single Sheffield Stand on the whole street, never mind secure on-street parking cages of the kind that exists in Rotterdam and may shortly exist in Bonnington Square. 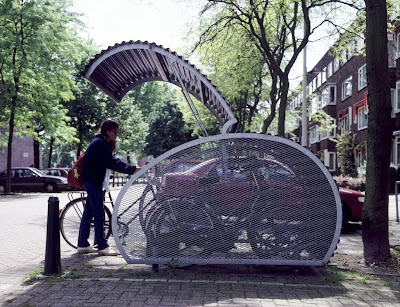 Given that most of these houses have been split into flats there is clearly a need for secure on-street parking to avoid residents (and their visitors) having to lug their bikes up a flight or two of stairs into their flat to occupy the sitting room.

You'd think that people could leave the bikes in the communal hallway and hope no-one nicks them. No way! I spoke to a resident this evening, just arriving home from work on his bike, and he told me that the council had been around recently and told them that they could not leave their bikes in the hall for reasons of Health and Safety.

So, I'm very glad our local Labour team are asking people to fill in a parking questionnaire. I haven't seen it (just as I haven't seen one of our Councillors on a bicycle) and I trust that our elected representatives will have made sure that the survey isn't just about parking motor vehicles.
Posted by Charlie Holland at 19:01