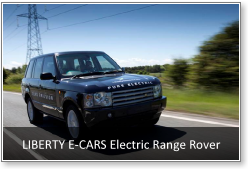 10.30 - noon appear to be likely times for these cars to motor through Kennington Road.

Sunday 7th sees the RAC's London to Brighton Veteran Car Run, in Kennington between 07.10 and 09.15.

The annual event takes place on the first Sunday of every November and commemorates the Emancipation Run of 14 November 1896 which celebrated the passing into law of the Locomotives on the Highway Act, which raised the speed limit for 'light locomotives' from 4 mph to 14 mph and abolished the requirement for these vehicles to be preceded by a man on foot.

It's fun looking at a few ancient or future cars. It's when you multiply up the numbers that it becomes apparent that congestion and huge environmental damage must result even if you make vehicles superficially greener - and yes, that is an electric Range Rover competing.

In 2010 the Telegraph reported there are 31,035,791 cars on British roads, the first fall in numbers since the second world war.

Phew, you may think, people are seeing the light. Don't bet on it:

The RAC Foundation's director, Stephen Glaister, expressed surprise at the figures.
“This is likely to be a blip rather than the start of a trend. The population is forecast to rocket by ten million in the next couple of decades and these people will need to get about," he said.

"We know people are driving less on an individual basis, and lifestyle changes might mean more people working from home in the future, but with nine out of ten passenger journeys already being made on the roads population growth – and economic recovery – will almost inevitably mean more cars.

"The challenge is to make these vehicles greener, and with average new car CO2 emissions steadily falling that challenge is already being met.”

He is wrong. The challenge is to reduce our car dependency and car ownership. Car clubs and hire, public transport, and amenities within active travel distance of people's houses are the sane option.

Many people are scared of walking and cycling due to the aggressive dominance of motor traffic and this needs to be rebuffed. Maybe in a tweak on history, in the future motor vehicles should be preceded by a cyclist - a practice which is already happening in parts of central London ;-)

Cyclists can join in the Veteran Car Run and Young Lewisham and Greenwich Cyclists have a group ride - Kennington residents can intersect with them at East Croydon.
Posted by Charlie Holland at 08:48