This is Nine Elms and this is my bike


There are vague visions and there are robust visions. I can tell that the councils and companies developing the Vauxhall, Nine Elms and Battersea Opportunity Area don't have cycling at the forefront of their mind.
How do I know this? Below are several of the images from the exhibition today and tomorrow - classically one has the 'person walking bike' image.

Ballymore, developers of flats for 6,500 people anticipate one Boris Bike docking station on their development - one, they believe, of a glorious total of 12 docking stations being planned for the whole VNEB area. Nobody reckoned cycling infrastructure would be the first thing to be initiated. All the talk was of the tube. There was no idea whether a Cycling Superhighway was imminent along Nine Elms Lane or not.

Apparently we shouldn't expect the VNEB Opportunity Area Planning Framework until the end of the year. I wonder if it will be too late to affect planning decisions?

The VNEB area will be densely populated, on flat ground, with low levels of car ownership and within easy reach of the West End and City by bike. VNEB could be the new Amsterdam - if work starts now to make it happen. 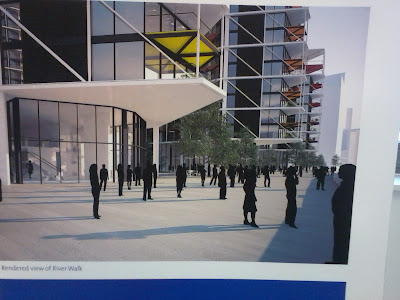 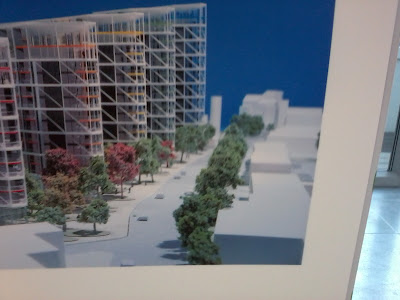 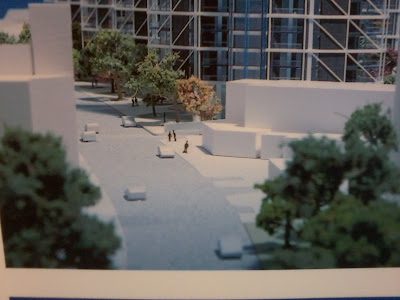 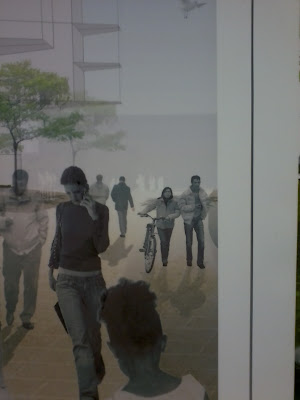 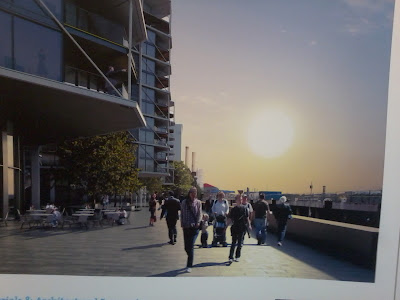 Posted by Charlie Holland at 22:45