A haven of tranquility in the roar of the city 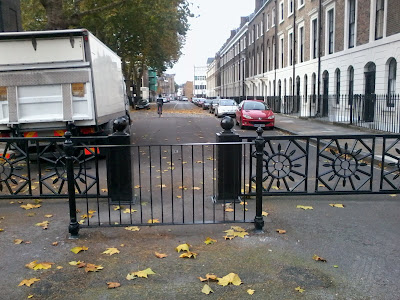 Do you like to live on a traffic infested rat-run of a street covered with ineffectual speed humps, and would you rather it was a tranquil, less polluted street that is only used by drivers coming to park where it permitted?

This haven of tranquility is Trinity Street, a short rat run between two major roads; the A3 (Borough High Street) and the A2 (Great Dover Street). See the map here.

Can you imagine how much this partial road closure, allowing cyclists to filter through, has increased the quality of life (and the price of the houses) since it was put in?

I  bet there were some residents who couldn't envisage these benefits and opposed plans for the closure because it would limit their options for driving in and out of their road thus adding a couple of minutes to some journeys.

Given there's a chance of this kind of opposition to partial road closures, a council is likely to have a default recommendation for less contentious but much less effective traffic calming measures, such as putting in speed cushions.

If you're in favour of a partial road closure in your street it's worthwhile checking out successful ones in similar situations and taking local sceptics to see them, and maybe talk to people who can describe the before and after.

It clearly is a boon for people on bikes too - ordinary people like this lady: 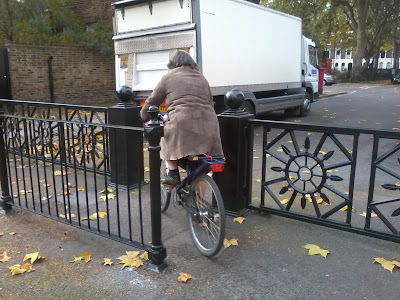 Mind you, for a period one barrier had been installed too close for comfort to the others to give a sensible gap to cycle through - below you can see where the post holes were now filled with tarmac. So kudos to Southwark Council for relocating the barrier . 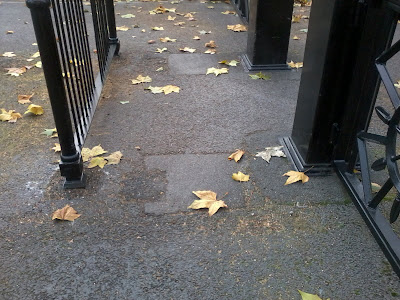 Posted by Charlie Holland at 12:48