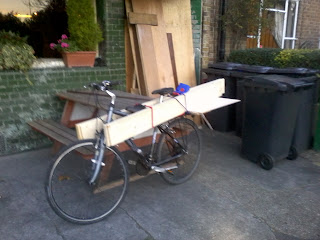 There's work going on at a local pub with at least some of the wood arriving by bike. It's not as heavily laden as this bike that I've seen being cycled by St James's Park and photographed in Victoria 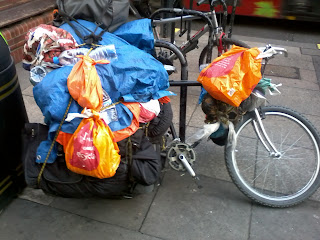 Tower Bridge is the base of Office Depot's fleet of 8 'La Petite Reine' cargo bikes that make deliveries in the City of London. Read more in their press pack. 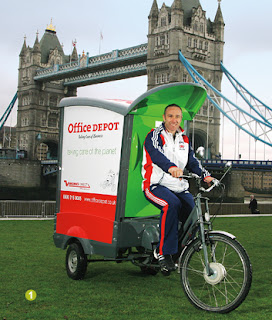 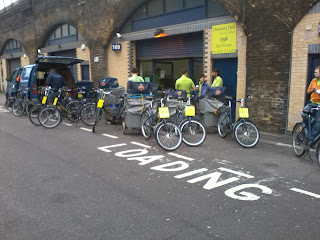 Hopefully this idea will catch on at Pimlico Plumbers, directly opposite Darwin's Deli. I bet most of their journeys are within two or three miles. 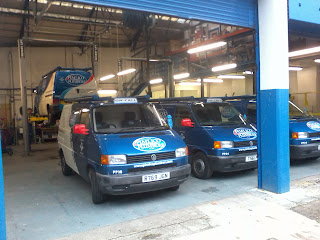 Transport for London undertook a useful scoping study on moving freight by bike . See if you can guess which stationery company was involved in their trial.

There's more on cargo bikes at I Bike London
Posted by Charlie Holland at 10:33