Obstructing the cycle parking at Guy's 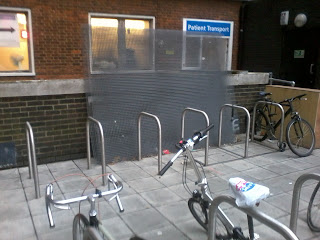 Patient and visitor cycle parking is absurdly limited at Guy's Hospital. Last Saturday the metal grills had their bases resting against the stand. This makes using seven of the few spaces particularly difficult. Not one could argue too much of an issue if they're just there for a day or two in extremis on a weekend early in January.

However, I took the photo below almost two months ago at 8am on the 12th November, with the seven obstructed spaces not being used. 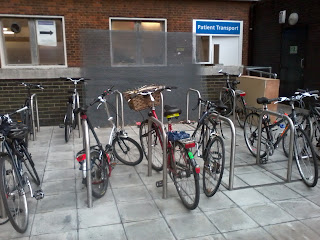 Lest anyone is tempted to comment on the other available spaces, below are the racks by 9.30am on November 12th when all the other spaces are full and cyclists have managed to battle their bikes into the obstructed spaces.


Let's hope the grills have gone by the end of the week, given that Guy's and St Thomas' Hospitals, like the rest of the NHS, should be leading on making active travel the preferable option. 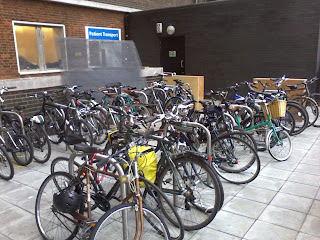 Posted by Charlie Holland at 22:35