Westminster, Brent and the City versus cycling

On Thursday I went to teach in a Primary School just north of Queen's Park Station in Brent, adjoining Westminster. I took the cycle route signed here in Westminster and turned right as marked. So far so good: 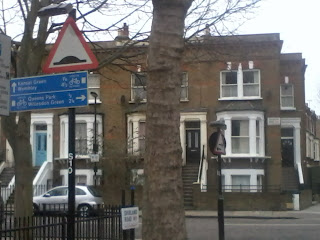 Still in Westminster I came to the next junction which had no sign post so I assumed straight on would be the way although the sign says dead end. 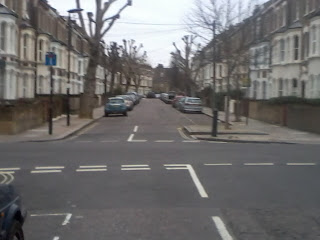 Still just in Westminster I saw a sign confirming I was on the right track, though there was no dropped kerb. 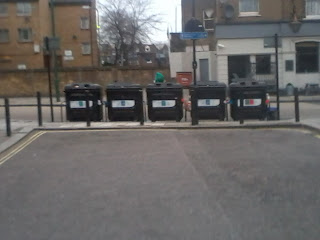 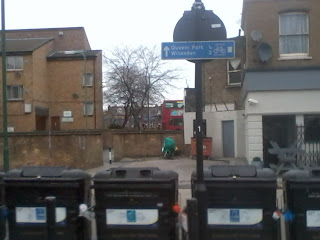 into the lane opposite, now in Brent, and through the car park 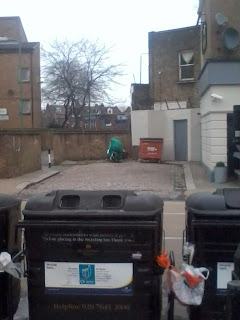 to come out onto the same gyratory that I had just crossed and needed to cross again. 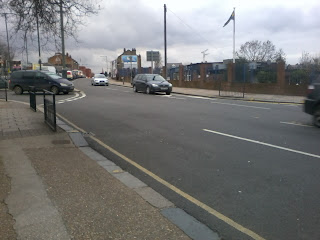 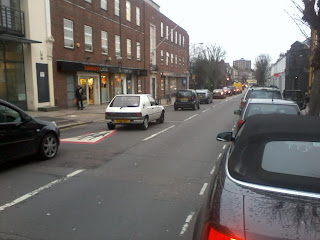 and car parking (or school run drop off) spaces slap bang outside. There were no cycle parking racks in the school. 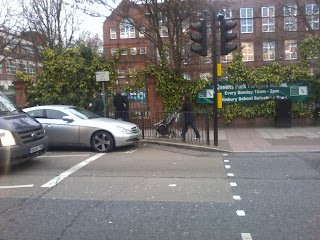 Not all the kids were able to make it up a slight incline (not really a hill) without stopping, maybe due to not cycling frequently enough to know how to work the gears effectively or build up their stamina. That road ran alongside the local Queen's Park which would have been a great place for the kids to develop bike skills and stamina, except that the sign clearly says 'No Cycling' 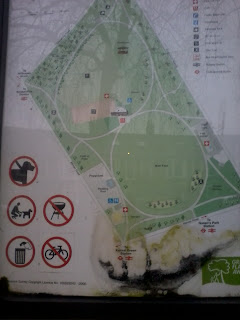 and the park is controlled by, you guessed, the City of London. 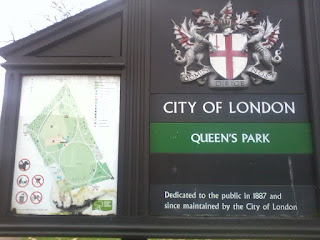 Game, set and match to the authorities versus those trying to encourage cycling.
Posted by Charlie Holland at 15:07