Greenway or Thames Path for Gran and the kiddies?

Oh, the fun we had cycling in Lambeth on the Jubilee Greenway Olympic cycle route this afternoon. First we jostled with the taxis while we tried to make sense of the big sign on York Road. 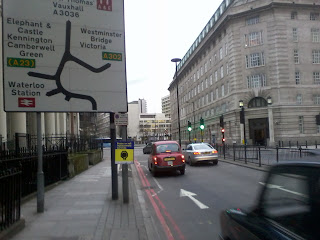 Then we chortled as we tried to work out which of the three lanes we needed to be in to continue to follow the Greenway into Lambeth Palace Road. You should have seen us split our sides when we tried to get into the middle lane. Just as well St Thomas' Hospital is near by. 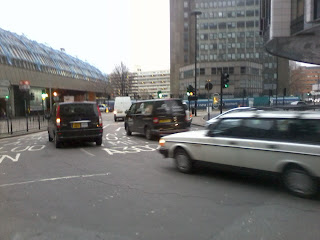 Silly Grandad said we should have just ignored the signs saying 'No Cycling' on the Thames Path. But Gran's not one to ignore important looking signs on black bins. She was sure they wouldn't have been put up without good reason. It must be too busy for cyclists.

Grandad said "Just look at what it was like this afternoon." 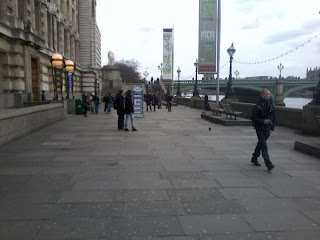 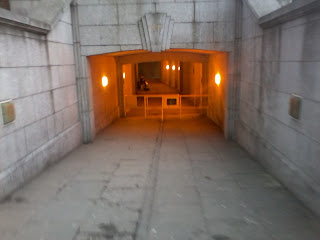 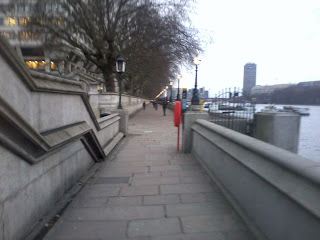 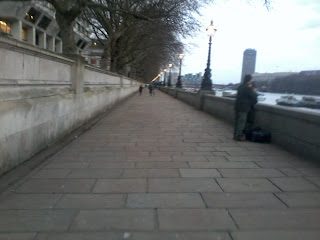 Posted by Charlie Holland at 18:13