Where should this child cycle?

I chatted to MP Kate Hoey and St Thomas' Hospital Chair Patricia Moberly as the Prince's Ward Coffee Morning today. They were clear that they viewed the ban as a solution to several constituents complaining about some reckless cyclists on the Thames Path and that it wasn't their view.

I also got the distinct impression that neither of them used a bike to get around and neither had considered what the alternatives to the South Bank felt like to people who did ride bikes. 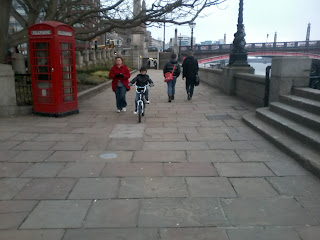 Below is the on-road route (the Jubilee Greenway, National Cycle Route 4, A road, Red Route...) around 4pm this Saturday. A nice weekend recreational cycling space for families? 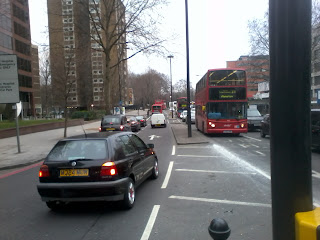 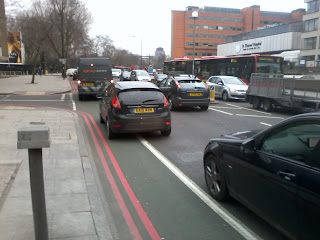 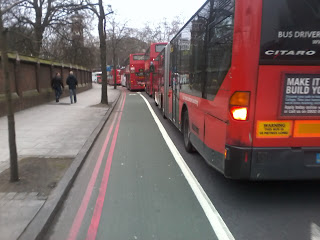 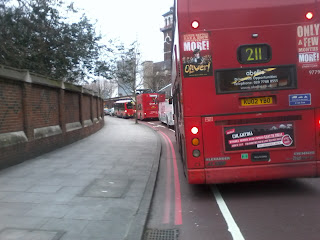 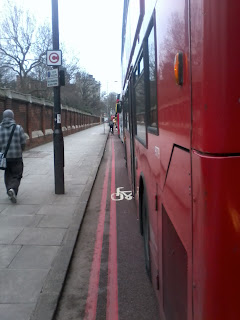 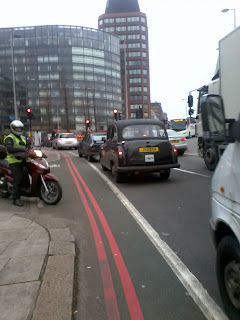 What was it like on the Thames Path around 4pm on this Saturday?
Space outside the London Eye 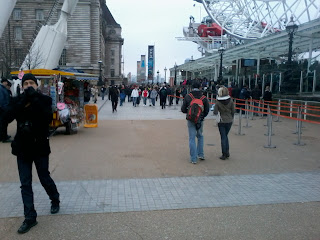 Rammed outside the Aquarium. I don't know the cyclist in the photo but it's obvious why he's got off his bike. Like every other cyclist I've seen on the Thames Path since I've been doing this blog he  was being considerate to pedestrians (not to say that there aren't some nutters as I'm sure there will be some - probably the same nutters who drive in cycle lanes on the road). 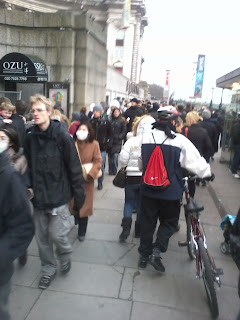 Now it thins out 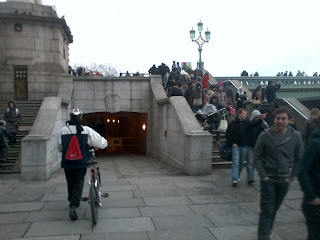 and here's the bit by St Thomas' where the 'No Cycling' signs have gone up. The chap with the bike had remounted and ridden off. 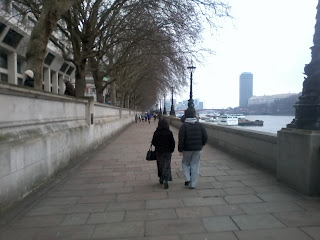 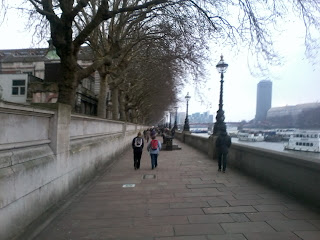 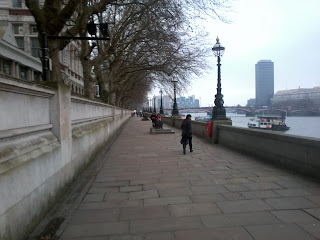 In an age when we're aiming to encourage people to travel actively it is clear that the alternative cycling route is appalling in comparison to the Thames Path. If the authorities work to really improve the local roads to make them friendly for kids, grannies and everyone else wanting to ride bikes I'll bet fewer cyclists will use the Thames Path.
Posted by Charlie Holland at 15:59