Cyclist with disability ordered off tricycle on South Bank path 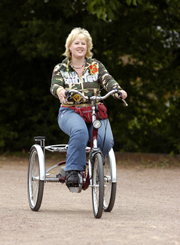 "The charity, Wheels For Wellbeing, has complained to Lambeth Council after a lady with a disability was ordered off her mobility tricycle on the South Bank.

Anne Wright (pictured) was stopped by a Community Support Officer and told she should not be cycling along on the riverside path by Lambeth Bridge."

This is precisely the kind of collateral damage I anticipated would be caused by slapping a blanket ban on cycling rather than enforcing a policy of 'pedestrian priortity; considerate cycling permitted'.

You may remember that in November I spoke to a couple of cyclists I met on the Thames Path about the potential ban:
When told he would be expected to ride on the road he volunteered that he was 78 years old and suffers from Spinal Scelerosis, and that such a move would force him to switch from his bike to a wheelchair.

The alternative A-road express route, described as 'excellent' by Kate Hoey, the local MP, but which the Chief Executive of Walk England doesn't feel is good enough to actively promote, looked like this yesterday: 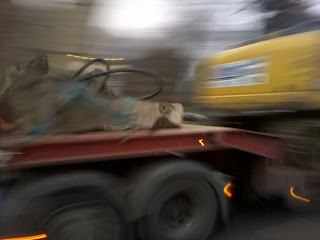 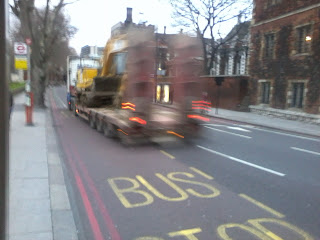 Posted by Charlie Holland at 15:52