There's no subterfuge to my Thames Path campaign. There are photos on this blog of the Path from last August. Since November I've simply taken a photo as soon as I arrive at the Thames Path if I happen to be passing and stuck most up here. I've taken some around 8am on a weekday, some on a Saturday afternoon, some on a Sunday afternoon, some mid-morning. The area where 'No Cycling' signs have gone up has never been crowded when I've been there. 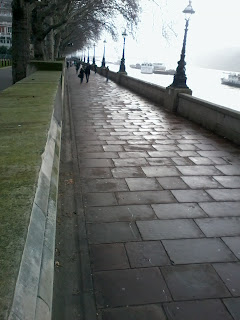 and looking the other way along the Thames Path 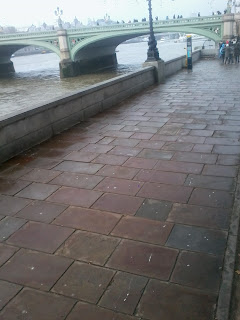 I'm totally mystified why those who have concerns about cycling on the Thames Path haven't done a trial with signs such as the following that British Waterways use, backed up with action against reckless cyclists by the plentitude of PCSO's employed to walk along protecting parliament from terrorists : 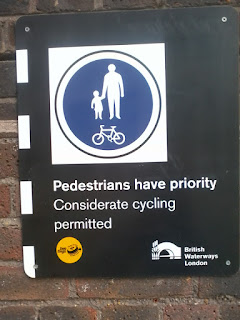